Fishing with a living fishing tool

Perhaps we have heard or come across traditional fishing with various nets, sticks, stupefiers, or a wide range of bamboo traps in many shapes and sizes; but how many of us know about fishing employing an animal; that too, with such an animal that can be hardly domesticated. But, many such practices were prevalent quite a few centuries back, and have now become nearly obsolete.

Now, imagine a couple of caged otters restless and agile in a boat released into the river water. They instantaneously dive deep into the water and drive the fish toward the net just like a shepherd dog rounding up the sheep. The scared fish moves toward the net and gets caught. When a sufficient quantity of fish is captured, both the catch and the otter are hauled in together. It is a normal practice to muzzle the otter to preclude it from eating the fish and to fasten it by a line to its master. 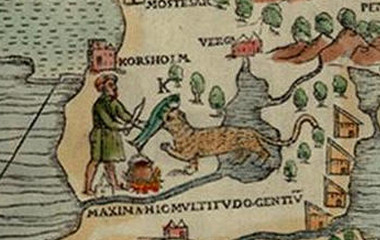 This fishing culture employing an otter has been in practice since the sixth century in various parts of the world, including Central Europe, Northern Africa, Scandinavia, Southeast, and South Asia, and China. It was in China where the earliest record of otter fishing has been unraveled but was also practiced largely by the fishermen of Southeast and South Asia. In northern and eastern India, otter fishing was practiced in the big rivers like Indus and Ganges, and along the Coromandel Coast in South India. Otter fishing seems to be especially restricted to the Yangtze basin of China, as has been described by several travelers. The Chinese fisherfolks have gone one step further to have developed commercial fishing with the help of otters. However, it has almost dwindled and is performed in the southern part of Bangladesh.

Two species have been historically employed in fisheries. The ‘smooth-coated otter’, Lutrogale perspicillata, has been used by fishermen in India, Burma, and southwest China, and as far as Malaysia and Sumatra. In more temperate parts of Asia, and in countries like Sri Lanka, Burma, Thailand, and Sumatra, the common otter or European otter, Lutra lutra, has been used for fishing as in European and northern African countries.

In the districts around the Bangladesh Sundarbans, otter fishing still offers livelihood to the shrinking fishing communities. They domesticate, rear, breed, and train otters for which they used to catch the original parents from the wild. Fishing is usually done during the night and a day’s catch can range between four and twelve kilograms of fish, shrimp, and crabs. Once the way of fishing supported a great majority of the fishing community living amidst the Sundarbans and around. But, owing to dwindling stock caused by sedimentation, water pollution, and the use of pesticides in agricultural fields, over-catching, the livelihood of the fisherfolks is at stake. And many of them gave up fishing as a result. Short-haired otters are an endangered species in Bangladesh and the captive population is very healthy because of the fishing, therefore otter fishing seemingly plays a key role in their conservation as well. So, the enduring struggle for the livelihood of the fisher community is perhaps also a fight for the survival of the species. Would this mutualism, as in the past, aid them to tide over?

‘Get out of my Apple Orchard, otherwise, shoot you with flowers’!

Now flowers may have a greater role than just being cute and sweet!

They can be even deadly weapons to ward off some insect pests in agricultural fields. Yes, it is true though quite metaphorically. Certain 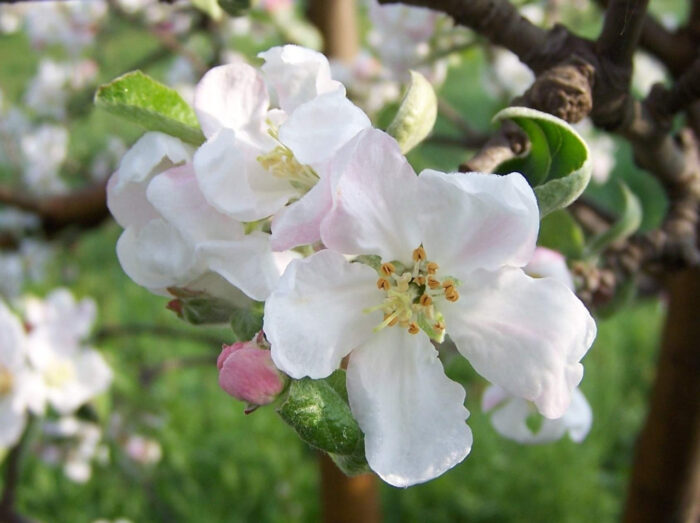 species of flowering plants are emerging as bigger players in sustainable pest management and have regularly been included as strips between the crop plants in agroecosystems. It has been happening in many places around the world. Now, Chinese apple farmers are in the news for controlling apple pests with fragrance, I mean with flower strips!

Apple is the major fruit crop of China producing 41.39 million tons. It ranked first in the world in apple production which means a lot for the economy of the country! However, various insects, such as spirea aphids, Aphis spiraecola, are major pests in apple orchards.
It often causes devastation and gives sleepless nights to the apple farmers. But how? Its nymphs and adults tend to clump together on the tips of branches and the back of leaves of the apple trees. They suck the phloem sap, cause shoot twisting and leaf rolling, and reduce

the overall tree vigor. The aphid can change the size and shape of the apple fruit and cause considerable economic damage by reducing fruit production. Previously, the application of quantities of pesticides in apple orchards has had a serious impact on the environment, but that perhaps affected the pollinators also!
However, enhancing predatory natural enemies in the agricultural ecosystems to biologically control insect pests in apple orchards has been gaining popularity as it can lessen a pesticide overdose. Scientists have come forward and waged war against the insect pests of apples, not with pesticide guns but with flowers. They have attempted to integrate flowering plants in orchards to attract natural enemies for biological control. Promising results are on the way and so are the smiles on farmers’ faces! Several orchard studies have demonstrated that the abundance of natural enemies was related to the species and flowering period of the ground cover plants, the initial severity of aphid infestation, the synchronicity between tree growth and flowering phenology, and so on. The weed strips in apple orchards were observed to shoot up aphidophagous predator abundance and 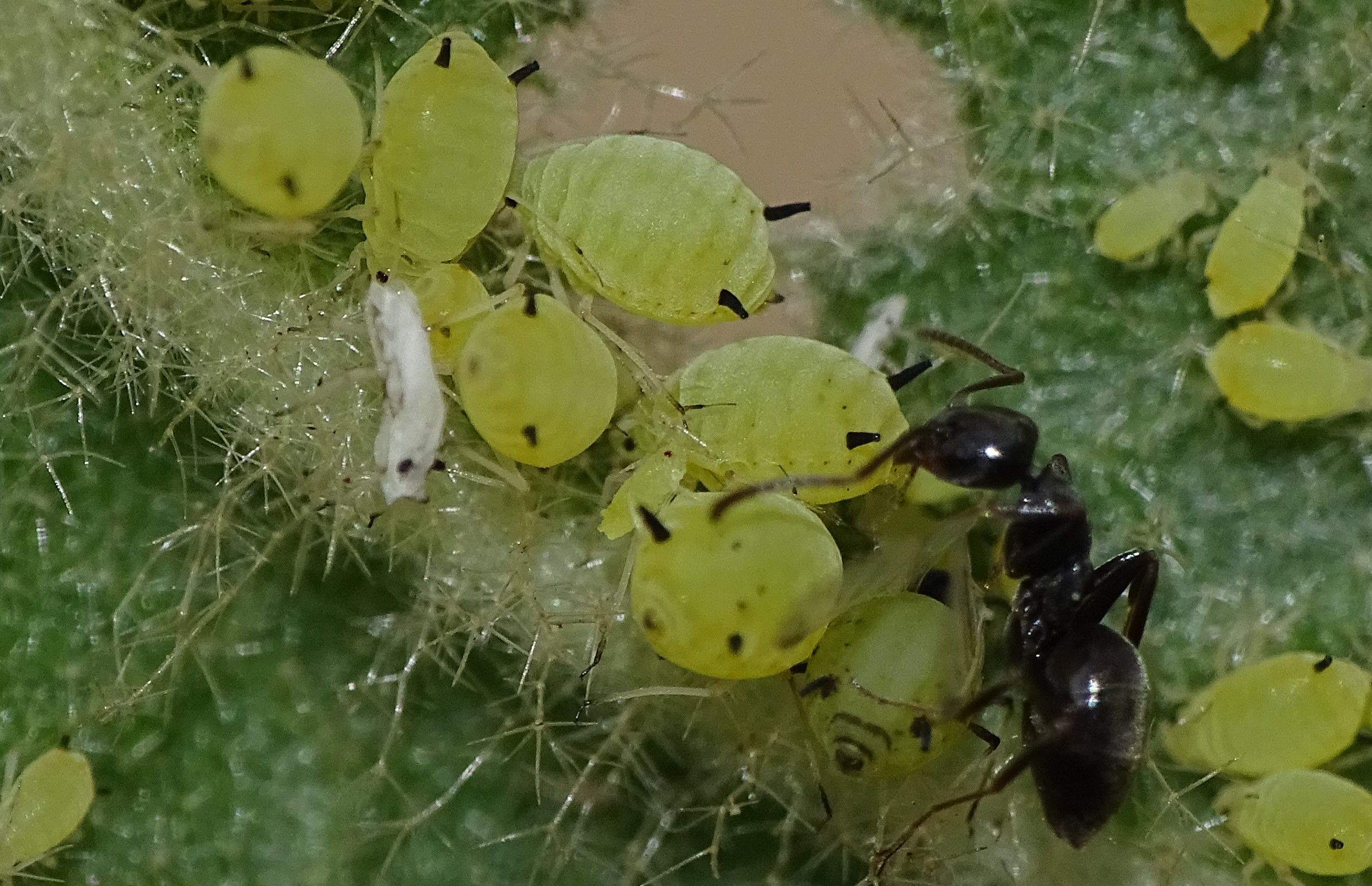 significantly reduce populations of various species of aphid. Interestingly, a complex assemblage of natural enemies reserves more potential for chemical-free pest control than a single species, so diversity is better.
Recent research has moved one step ahead. It demonstrated that in an orchard planting flowering plants with unlike flowering periods increased natural enemy abundance and decreased aphid populations. The underlying rationale perhaps is the flowering plants bloom at different phases of the growth of the apple trees and as a result, the enemies may continuously control spirea aphids during the growth cycle of the trees. Therefore, a temporal mix-and-match of flowering plants may provide sustainable pest control solutions through non-chemical means.
So, we have more jobs to do with flowers now than keeping them in vases or making garlands or gifting them to our sweethearts.

With the arrival of Covid-19, our pantry at home underwent a full revamp; soaked methi seeds, packets of amla powder, citrus fruits in abundance, and new concoctions of kadha every morning. The pantry wasn’t the only place being restocked; our medicine cabinet bore the brunt of the pandemic too. Packets of Limcee, boxes of Zinc-Magnesium supplements, and capsules of Vitamin D3 became a staple part of our diet. The internet was abuzz with new nutraceutical products and Ayurvedic brews which claimed to “boost” one’s immunity as people frantically googled ways to protect them from this unfamiliar malady.
A study conducted by Macedo et al (2019)., involving the analysis of 185 websites that returned from a Google search on “boost 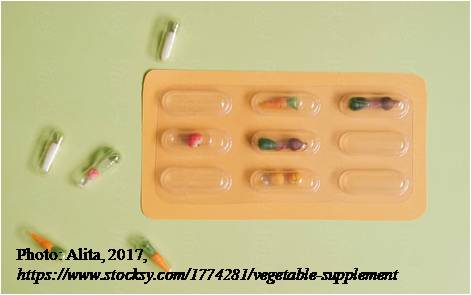 immunity”, showed that out of the 37 approaches recorded to boost immunity, the top ones were diet (77% of webpages), fruit (69%), vitamins (67%), antioxidants (52%), probiotics (51%), minerals (50%), and vitamin C (49%). According to the infosphere created around us, we can manipulate our immune systems and become “healthy” just by popping a few supplements every night. To quote Satyajit Rath (Immunologist, IISER, Pune, India) from one of his interviews with The Print (Ramesh and Basu 2020), “Immunity boosting is a quintessential example of individual consumerism that a capitalistic society depends on”. He also said that these businesses and market forces propagate the idea that one can conveniently ignore larger issues 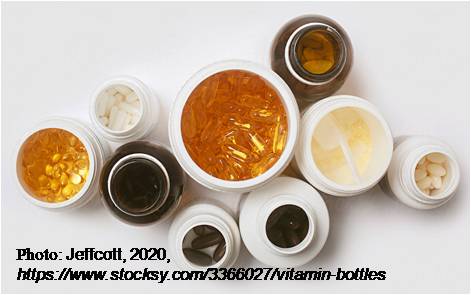 like community health and hygiene and simply purchase some remedies that provide individual protection, which is very detrimental for our collective health.

It is safe to say that these supplementary vitamins and minerals play more of a role in immunity “maintenance” than immunity “boosting”. An analysis by FAO (Food and Agriculture Organization) showed that millions of Indians above the International Poverty Line could not afford a nutritious, balanced diet. Even if we choose to keep affordability aside for a minute, the authenticity of the produce we buy from a vendor is highly questionable when we live in the era of injectables, pesticides and chemical fertilizers. Supplements are needed to provide our bodies with the required amount of micro and macronutrients, which are essential for the healthy functioning of our organ systems, and as an extension, our immune systems. However, most of the websites like to suggest that these products are not just for maintaining health, but for “boosting” immunity. This gives the term ‘immunity boosting’ a wider meaning, making it another vague, ubiquitous phrase used as a marketing gimmick by the nutraceutical industry. In my opinion, if an individual exercises, has a balanced diet, drinks responsibly, and has no pre-existing health conditions, then they do not require any such supplements as their own bodies are more than capable of looking after themselves. Ram Vishwakarma, former chief of CSIR’s Indian Institute of Integrative Medicine said, “There is no conclusive, unequivocal clinical proof of efficacy for most neutraceuticals or “immunity-boosting” foods”, and that these claims about boosting immunity were unscientific and irrational (Ramesh and Basu 2020)

However, as suggested by studies, several Indians face a deficit of vitamins in their diets, especially Vitamin C and D, which are vital to a healthy immune system and might require external sources to fulfill their requirements for the same. Therefore, it seems like the term “boost” is somewhat wrongly placed in this context, as boosting suggests increasing one’s immunity above the average level, while all these products can help us do is avoid immunodeficiency due to malnutrition or an unhealthy diet. Another interesting point in this whole narrative is that out of all the websites assessed by Macedo et al., only 12% of the webpages mention vaccines, the only approved means of actively boosting immunity against pathogens. Even though none of the websites had anything negative to say about the vaccines, factually correct information must be disseminated more rigorously than food fads and marketing gimmicks, especially when novel diseases like Covid-19 unfold in front of us.

admin
March 6, 2022March 6, 2022
Survival in the Anthropocene The sufferings of the biosphere through human activity is an unavoidable mark for the Anthropocene. We...
admin
November 23, 2021November 23, 2021
The flip side of GI tag and Basmati Geographical indications (GI) tag often adds charisma to any product and infuses...
admin
November 22, 2021November 22, 2021
The oldest law school in Europe takes care of plants too… Plants are our partners since time immemorial so are...
Various Contributors
March 8, 2018July 8, 2018
The shades of the nature - people interface have been manifested through a plethora of medium. A collage of snaps...