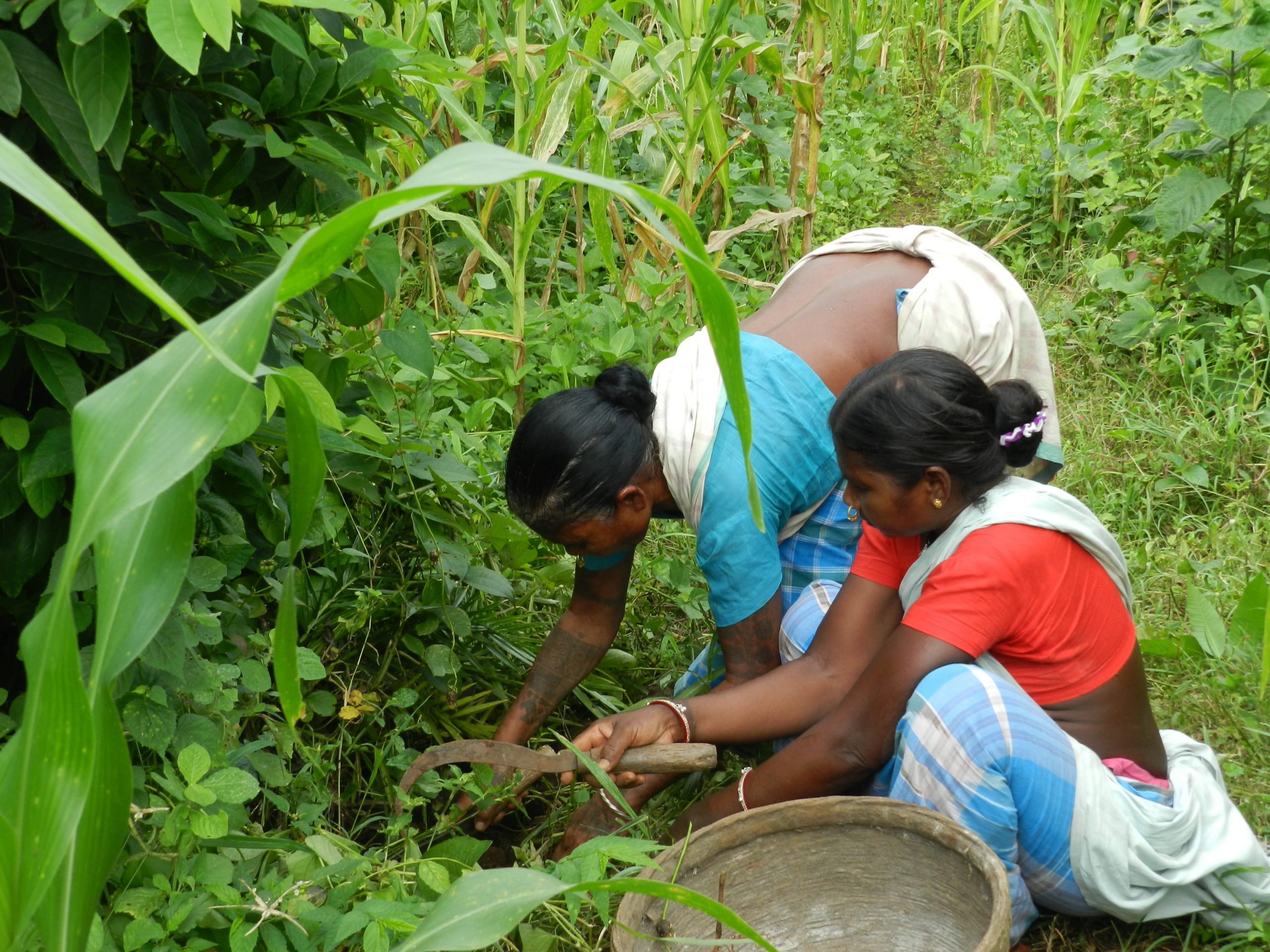 A rainy day of the end of August. Raindrops kept pouring over the green waves of rice fields. It seems that there would be a good harvest this year. Ranu looked outside the door, came back lazily and peeped into the drum, where she stores rice from previous years. She looked bothered – the stock would last for just three more days!

This is not only about Ranu’s family. Many such families in the eastern and central India are facing the same trouble. You have paddy in the field which are yet to be harvested and your stock of rice from the previous year is exhausted – food is not available either from harvest or from stocks. This is a typical ‘hunger period’ for rural India (June to September), when households have to take special measures to acquire the food that they consume in normal time. After few months of harvest season, the households start running out of food stocks and money from crops sale, while the increasing humidity impend to depreciate the remaining stocks. This situation can vary between households, depending on stock size and number of household members. Only a better off household can provide the same number of calories per capita.  For example, in Joynagar II block of Sundarban, 22% of the very poor household constantly suffer from hunger throughout the year and around 8% of poor households suffer from hunger throughout the year. Whereas, 27% of overall population undergo a period of hunger during the months of September, to November. In Pathar Pratima block of Sundarbans, which is closer to the coastal area, the hunger time peaks during the same months – 36% of the households suffer from hunger.   Similar stress has been recorded in places like Banswara in Rajasthan, Panna in Madhya Pradesh, Purulia and Bankura in West Bengal, Muniguda in Odhisha and Deoghar in Jharkhand. Bird’s eye view often miss out what an ant can see!

This hunger period coincides with the peak of agricultural work. The population lacks of the requisite calories and micronutrients when they are most required. On an average, the average calorie consumption drops to 1,500 kcal during this hunger period.

How is this averted

The tribal households supplement their diet with products from the forest – often on a daily basis. I can recall the wonderful taste of boiled tamarind soup and deep fragrances of mahua petals in Jharkhand forest villages. Both products are harvested in March and April and contribute more than eighty percent to the income from forest products. Tamarind can be consumed but is mostly sold. Petals from mahua trees are collected by all family members and roughly dried before selling to the middlemen or collecting salt in lieu of them.

Studies with the Dongaria Kondh community in Niyamgiri hills of Odisha and Paharia community in Jharkhand shows that the forests provide rich food sources throughout the year – especially in summer and rainy season, which coincides with the hunger period. People in Sundarbans have fish, crab from overflown ponds and rice fields. There are many wild tubers to supplement carbohydrate need and wild leafy vegetables. Forests gift many types of wild mushrooms which is particular to a typical natural setting, like termite mount. I was part of a project which had identified 12 such varieties from forests of Jhargram with the help of local people – but miserably failed to domesticate any of them! A wild Jackfruit means food for many. Nothing can be compared to the sweet and sour taste of a wild mango – the juicy insides of which can be sucked by making a small hole. If you arrive in the Chittagong Hill Tracts of Bangladesh on a rainy day – you might experience people not having enough rice to eat, but they will treat you to jackfruits, mangoes, bananas of various shape, size and taste and small sized pineapple with heavenly taste. Palmyra palm, falsa (Indian Sherbet Berry) – nature had it all for challenging the hunger period – till the time we were made to understand that food only meant ‘rice’.

It is now an accepted fact that Green Revolution in sixties has replaced many indigenous rice (paddy) varieties having distinct aroma & taste, nutritional & medicinal properties with a handful of high yielding rice varieties. This usurp was further stabilized by the universal public distribution system, food support in integrated child development scheme and midday meal scheme. Mostly few varieties of those high yielding varieties of polished white rice were procured by the government and supplied through these schemes. This quick fix solution has eventually helped is addressing food availability but has grossly ignored the diversity in diet and diversity of crops in the field. Food in India has never been rice only – PDS has equalized all of us. In certain community, white rice became symbol of being babu – a gentleman. We forgot millet, we forgot oils like sesame oil, flax seed oil, Mahua oil, Roselle oil, we forgot many types of beans and pulses – we were, in true sense, universalized. We seldom realized that – we got food security, but we lost our rights of choosing food in an unnoticed manner.  Though with push from civil society organizations, millet has been ‘officially’ been introduced in PDS, but procurement by the government has been very poor as revealed in a question answer session in the parliament. Only Haryana has been procuring Bajra consistently since 2016. Karnataka, Madhya Pradesh, Uttar Pradesh and Gujarat have been irregular in procuring millet for PDS. Another classic example of technology, supported and pushed by the government, usurping our diversity is BT cotton. We had huge biodiversity of cotton in India – now, even if a farmer wants to grow cotton other than BT cotton, the chance of getting seed in the market is almost nil. However, BT technology is considered to be a path breaking technology in pest management, but it remained the most debated technology in crop production in India. Questioning BT technology is often considered anti-science and anti-progressive.

Coming back to our story of the other India, to make everyone ‘civilized’ – rations of rice, clothes, soap, perfumed oils reach the unreached. Hunting gathering is considered uncivilized. As the food habits of the people change – there is no urge to protect the forests or common land from where food was once collected. Meanwhile, the demand for hard cash has increased. Some cut down trees in the forest and sell them off, others start agriculture – and the crops are taken away by the moneylenders – in exchange of urban needs like perfumed oil, toothpaste or white salt. The fancy practices of so called ‘civilisation’ has reached rural India, but not the school or doctor or hospital – and it has crushed certain ways of ‘uncivilized’ life.

In search of ‘uncivilized’ food

And then one day I came to a Paharia village on the top of a hill from Rajmahal range, grasping for breath after an uphill journey. I had an invitation to the village to go with them on a food trail. Two ladies came with baskets – I was to accompany them, while the rest stayed back to grind corn flour in a mortar. Avoiding the giant spiders hanging in their skywebs, the ants’ nests on the tree branches, and the weird millipede on the ground, we started our journey to the forest. The first stop was to collect wild potatoes. The scythe and the hoe dug and sliced. A handful of potatoes came out.

“How did you realize that there are potatoes here?”, my naive question.

The elderly lady looked at me with her wrinkled face, “Don’t you see the tree?”

“But there are many such trees around – how does one realize whether it bears potatoes or not!”

“Simple, by looking at the colour of the leaves!”, she was surprised by my ignorance. I know what is available where in these five hills.” Five hills – my jaw dropped, we have to look at the Google map at every step!

Meanwhile, the other lady harvested three or four more varieties of yam. Some irregular shaped – some regular. I was similarly awestruck in one of the Nepali villages in Chitwan – the villagers treated us to nine varieties of wild yam. Between these two places, few seemed common – but local names were different. In Chittagong Hill Tracts, I had seen wild yam, which exactly looks like a coconut!

“What will you do with the leaves?”

We collected few leafy vegetables, some wild pointed gourds.  Then we started descending the hill. Jomi Paharin pointed down and said, “Let’s go to the fountain and hunt crabs.” Hunger in stomach, and my legs giving away – I struggled to keep pace with them. Two women, twenty years older than me, went down swiftly. The crabs were dug out from the bottom of the rocks – small red crabs. It was fantastic how they could catch those impossibly fast-moving creatures. I will not increase the burden of my own humiliation with the description of the breathless return journey.

We came back, I saw water boiling in the pot. After washing the potatoes, they went into the pot. Vegetables were washed, chopped with a sickle and fried in Mahua oil. Boiled corn powder made into a dough. Wrapped in the leaves, the crab went into the fire with salt, chilli and garlic. A hilly country wine made of corn was accompanied by the food in a leaf plate and a leaf bowl. My urban tongue was amazed by the simple food, less salty but spicy, earthy and tasty.

Treasures are still there – but oh where is the map to the treasure island? 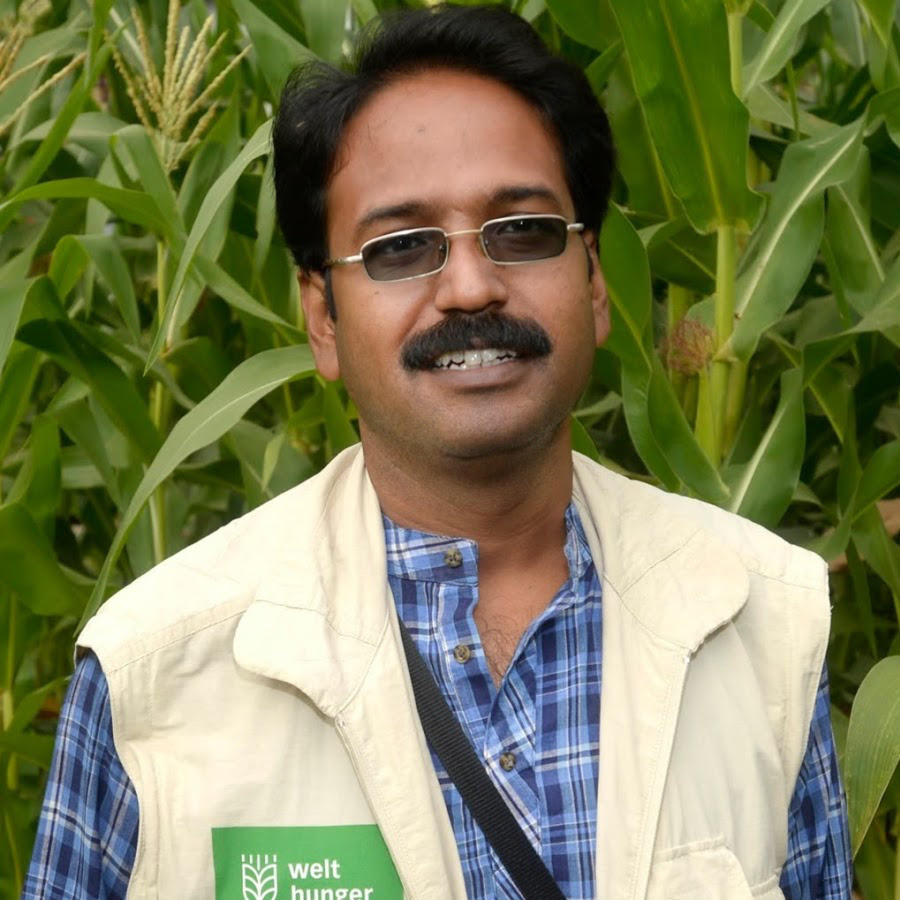