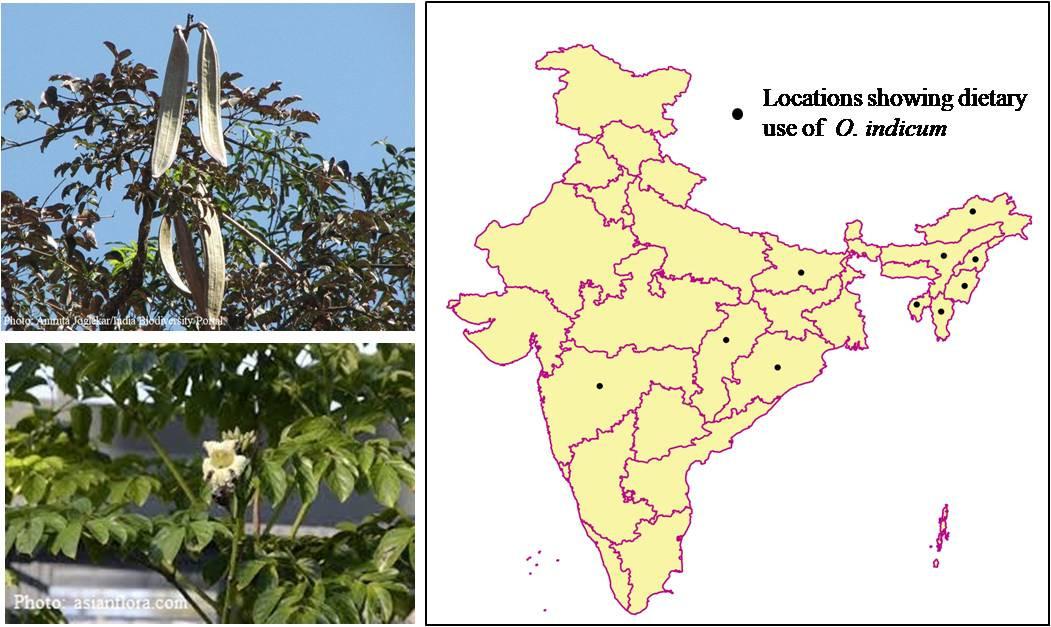 This tree, colloquially Banahatta or Sonapatha, is visually attractive for its trumpet-like flower and large fruits. The plant is widely distributed in the foothills of the Himalayan region. The medicinal use of the tree is widely acknowledged and outweighs its culinary identity. In the Bastar region of Chhattisgarh, the seeds are ground and used as flour to make chapatti. In Odisha, leaves of the Paphni sag are eaten after frying or roasting. In the north-eastern state of Manipur, variedly named Katheimeidokre, Phasii, Bahlong, Wachamber the tender fruits are widely used for the preparation of chutney, cooked as vegetables or eaten raw. In Assam, the edible use includes tender leaves, shoots, and flowers. The local names are also varied viz. Bhatghila, Dingdinga, Nopak ban, Bakolong, Kalong like the available dishes. Tender shoots and leaves are cooked and eaten as vegetable or relished with fishes. Similarly, fresh flowers though bitter in taste are eaten fried or cooked with fresh/dry fish. In Arunachal Pradesh, Nagaland, and Tripura, both flowers and tender fruits are turned into to lip-licking delicacies. While flowers are sun dried and fried to make crispy items; tender fruits are grilled on charcoal fire, peeled off the skin, and cut into pieces to mix with onion, chili and other spices to prepare chutney-like tangy items. The similar chutney with a lot more ingredients like peanut, garlic, tomato, etc is also popular in Mizoram. Nutritional analysis of the fruit revealed the presence of key minerals like sodium, potassium, magnesium, calcium, nitrogen, copper, iron, manganese and zinc. 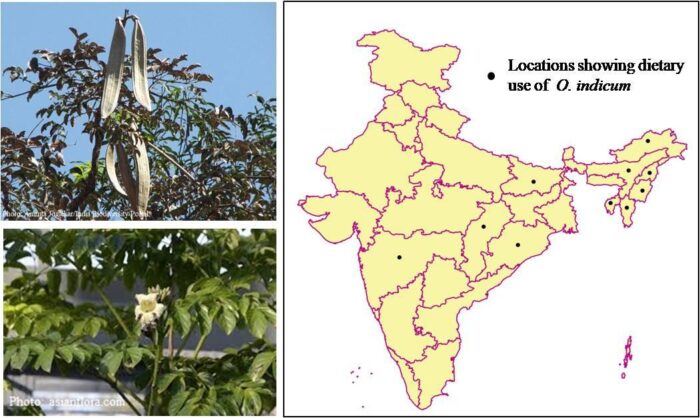 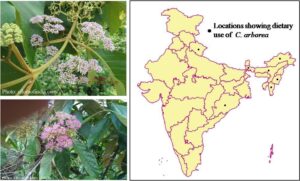