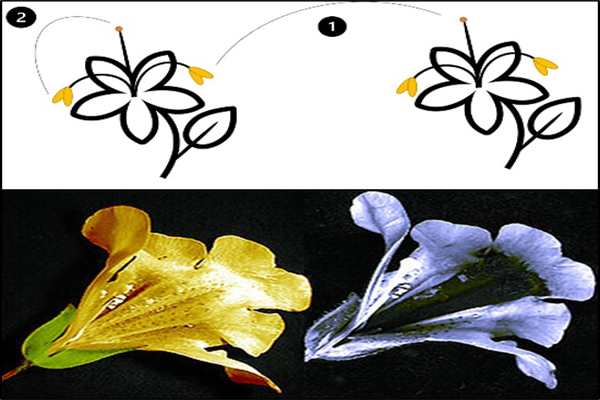 Beauty is in the eye of the beholder, but the beauty of flowers seems to be universal. Flowers are associated with every occasion of human life as symbols of expression, making them somewhat of a living emoticon. Culture and geography greatly influence the specificities of flowers for each occasion although this is quickly being replaced by a monoculture of hybrid flowers offered by the expanding floriculture industry. These flowers represent only a select fraction. The greater fraction of flowers that we hear so less about are greatly valued for their biological functions more than their physical appeal. All our fruits, pulses, most vegetables and oils are the gifts of these flowers obtained by a process called pollination! The annual value of animal pollinated crops in India is Rs. 4,22,827.52 crores (2012-13 data) of which Rs 1,12,615.73 crores is insect-pollinated (Chaudhary, 2017). This represents a small fraction (108 crop plants) of all plants whose pollination products are of commercial value but note that pollination is the only way for regeneration and sustenance in most plants (except for plants that can be propagated by vegetative parts). India has a whopping 18,666 species of flowering plants that support a diversity of ecosystems as life-providing primary producers. One can only imagine how valuable sustenance of these species is!

In its most basic explanation, pollination is the transfer of male gametes (pollen grains) of a flower to female gametes of the same flower or flower from a different plant (Fig. 1).

This process is facilitated by abiotic factors (wind, water) or by biotic factors such as animals (insects, mammals, birds, etc.).  These animals are known as pollinators. They receive ‘rewards’ for their ‘service’ in the form of nectar and/or pollen grains. Their ‘service’ (i.e., the transfer of gametes) leads to fertilization and subsequent regeneration of plants through seed formation. The flower and its pollinator(s) form a mutualistic interaction and in most cases, extinction of either of the partners may result in the extinction of both. The specificity of the interaction and the lack of mobility of plants have resulted in the flowers having to evolve a number of mechanisms to attract pollinators in order to maximize their reproductive output.

the delicious fritters shop at the road corner, the pollinators recognize flowers from afar thanks to the brilliant colors, the fragrant odors, the shapes, sizes and forms or just the arrangement of flowers in a plant. Also called advertising factors, these physical features of a flower mostly aid in long-range recognition. Have you noticed how you can immediately spot a hibiscus, rose or a tulip from far? Pollinators do the same! While some plants have large flowers like previously mentioned, some other plants have large clusters of small flowers that collectively draw attention of the pollinators (e.g.: May Flower, Ixora). Certain pollinators are also capable of identifying locations of flowers from the odors they emit, just like how you recognize the presence of jasmine or lavender just by their fragrance! But have you ever wondered why flowers occur in so many sizes? The smallest flower Wolffia spp. is less than 1/42 of an inch and the largest flower Rafflesia arnoldii is about 3m in diameter (Fig. 2)! Interestingly, the difference in sizes is also an adaptation that restricts non-pollinators of larger sizes than that of the pollinators’ from visiting the flower. Why shouldn’t non-pollinators visit the flowers? They consume the nectar (reward) without performing pollination and are therefore ‘robbers’. The restriction ensures the conservation of nectar for the true pollinators! Structural adaptations are another way of conserving nectar for true pollinators. Flowers such as jasmine or periwinkle have a green stalk which is actually an extension of the petal. The nectar glands and the sex organs of the flower are housed within the stalk and are inaccessible to non-pollinators. A classic example of structural adaptation is from the Darwin’s Star Orchid (Angraecum sesquipedale). This flower has a corollary tube of 30cm length at the base of which nectar glands are present. This is virtually inaccessible to other insects with short tongues such as bees, flies and even some butterflies and moths. When Darwin first saw it in 1862, he predicted the existence of a moth with a proboscis (tongue) long enough to not only access the nectar at the bottom of the tube but also pollinate the flower in the process (Fig. 3). A description of the moth (Xanthopan morganii) was made 21 years after the demise of Darwin by Baron Rothschild and Karl Jordan, but was only first spotted in 1992!

Flowers have also adapted to exploit the pollinators’ vision and olfactory senses. For example, flowers pollinated by bees are mostly blue or yellow in color since bees can easily identify and are attracted to these colors. Butterflies on the other hand are equipped with wider range of color vision (in fact, wider than humans!). As an additional measure, some flowers possess nectar guides, a contrasting pattern on the petals that indicates the location of nectar glands in the flower. Interestingly, some flowers have gone a step ahead in using the UV vision in bees: flowers such as Mimulus and the evening primrose have nectar guides that are visible only under UV light! (Fig. 4a,b). Such unique adaptations can also be seen in flowers pollinated by flies. Dull looking flowers with strong pungent/putrid odors and reduced floral structures attract flies and are a characteristic feature of fly-pollinated flowers. The famous King of fruits, the mango and the fragrant sandalwood are pollinated by flies!

There are nocturnal pollinators as well! Bats, Slender Loris and moths are among the famous dark knights of the pollination kingdom. Nocturnal flowers are generally pale or white colored (easily identifiable in the dark due to higher reflective property of white color) with copious amounts of nectar and high fragrance (you must’ve surely smelt the Raat ki Rani or the Brahmakamala at night; can you now guess the purpose of these far-reaching fragrances?). Including wild bananas, bats are known to pollinate over 500 species of plants. While bats use their echo-location technique to identify flower locations, the Loris depends on its night vision and olfactory senses.

The moth – Rangoon creeper association is a beautiful example of both nocturnal pollination and pollinator energy conservation strategy in flowers. The fragrant flowers of the Rangoon creeper bloom late in the evening and are erect and white in color. The moth locates these flowers using its night-vision and olfactory senses, pollinates the flowers and accesses the nectar with its long proboscis. Now, the magic happens: the pollinated flower slowly bends and becomes pendulous and simultaneously turns red (Fig. 5). To the next visiting moth, the visibility and the accessibility of these ‘changed’ flowers are reduced, thus preventing the moth from ‘wasting’ its energy on flowers that do not have nectar.

The timing and duration of flowering as well as number of flowers are also phenological adaptive strategies adopted by some plants. Bamboo and Strobilanthes follow such a once-in-a-lifetime mass flowering strategy. Even as flowers try filtering out non-pollinators, there are equally smart insects who cheat (or just eat) flowers. A few such instances are as follows:

Nectar robbing: A flower’s worst nightmare is to lose its most important and costliest (in energy

currency) attracting agent, i.e., nectar to a non-pollinator. While small insects like thrips, beetles, small flies and bees enter large flowers and rob the nectar, small flowers are accessed ‘illegally’ (from outside of the flower) (Fig. 6) or even ripped apart by comparatively larger insects in an effort to access the nectar glands. Flowers have, to some extent, learnt to restrict nectar robbing by varying the composition or addition of distasteful substances (some flowers contain alkaloids in nectar that deters most non-pollinators from foraging).

Florivory: Florivory is the consumption of parts of flowers by insects that can potentially make flowers unappealing to pollinators thereby reducing reproductive output of the flowers. Common florivores include bugs, beetles, birds and thrips.

Visiting pollinators and other herbivores make flowers a fantastic source of insect preys! Predators commonly use floral color as a camouflage. The crab spider Misumena vatia (Fig. 7a) uses the milkweed flowers as a camouflage for the pollinators – honeybees and the bumblebees. After the pollinator spends considerable amount of time foraging for nectar, the spider attacks and captures its prey. Another example is of the Arum frog (Hyperolius horstockii) (Fig. 7b) which adapts to the pale color of the Arum lily (Zantedeschia aethiopica) making it nearly indistinguishable for the insects visiting the flower. Ambush bugs (Phymata americana) also linger around white or yellow colored flowers on the look-out for insects and even spiders! True to their name, they ‘ambush’ their prey and inject saliva that paralyzes the prey. But have you ever heard of a prey actively choosing to go to the predator? An anomaly of sorts to the camouflage tactic was studied on the flowers of Spathiphyllum plants. Crab spiders (Thomisus spp.) were observed to attract bees and other hymenopterans by exploiting their UV vision! The body of the crab spiders is capable of reflecting UV light. The spiders actively choose non-UV reflective flower backgrounds such that the UV contrast increases thereby making it more visually attractive — bees were found to visit flowers with crabs in greater frequency than flowers without crabs!

All these adaptations are the result of millions of years of evolution. Even as flowers seem to have excelled at reproducing effectively, the climate fluctuations over the last few years and the changing landscape have had adverse effects on these mutualistic interactions. This is because the timing of biological activities of flowers and their pollinators are primarily dependent on the prevailing environmental temperatures. However, recent fluctuations in temperature are causing asynchrony between floral and pollinator(s) activities leading to reduced reproductive fitness of both. Higher temperature variation and the low density of conspecific flowers further impedes pollination in urban landscapes. The reason that your terrace farming was unsuccessful could simply be this (Of course, tomatoes, potatoes and greens might have been successful, but this is because tomato is self-pollinated, and parts of potato (storage tuber) and greens (leaves) consumed are not a product of pollination). Further, the ill effects of pollution on pollinators were documented by a recent study from NCBS, Bengaluru by Dr. Geeta Thimmegowda and team. Irregularities in pollinators’ (mainly bees) health, particularly in the circulatory systems were higher in areas with higher pollution. Unlike pollinators from lower polluted areas whose bodies were covered mostly with pollen grains, pollinators from highly polluted areas were covered with particulate matter and metal shards which hampered their flight. Adding to this, pollution by organic pollutants and diesel exhaust degrade flower volatile compounds thereby negatively impacting long range recognition by pollinators. Expanding urban areas also results in habitat loss leading to reduced populations of both plants and pollinators.

Beauty is in the eye of the beholder and in addition to their appearances we ‘beholders’ have to learn to appreciate the beauty of the struggles of the flowers too! 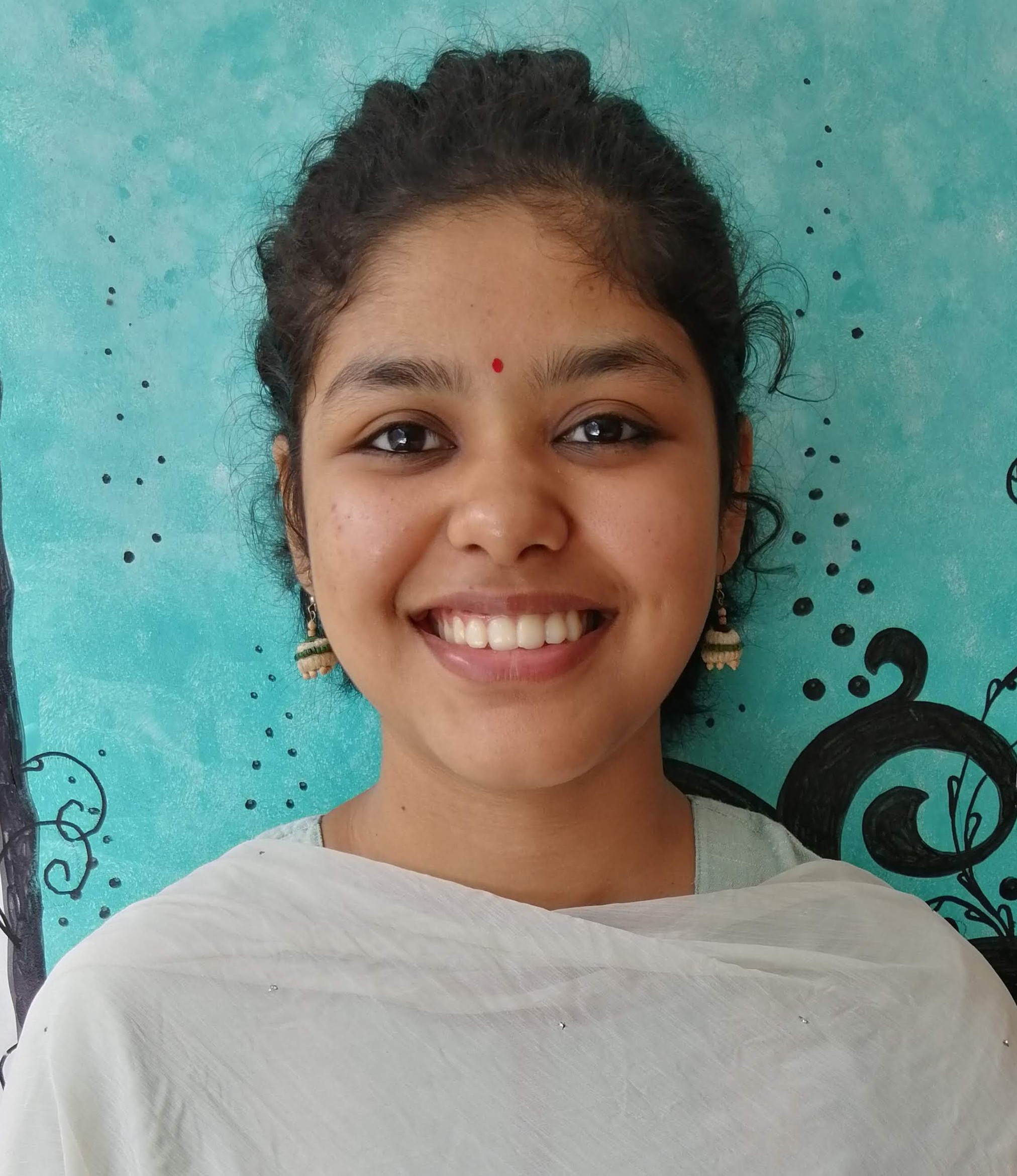