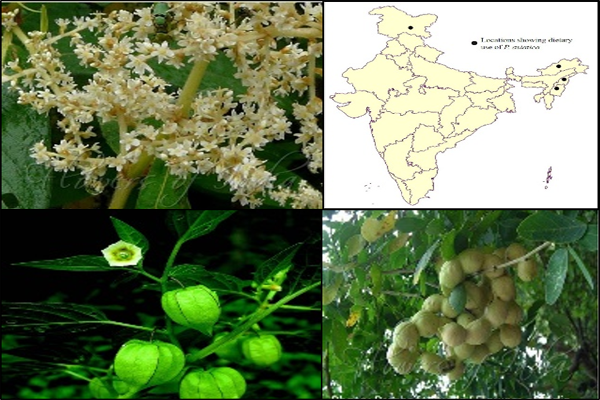 Physalis minima or little gooseberry is one of the common plants in agricultural fields and rural roadsides. Considered as a weed, this herbaceous member has wider culinary acceptance among the tribes of Southern India. Communities like, Toda, Kota, Kurumba, Paniya, Irula, Badaga and Lambanis use the leafy shoot as vegetable in different forms viz., boiled with spices, cooked with tubers (potato), etc. Similarly, fruit is consumed in both unripe and ripe forms. Unripe fruits are tangy in taste suitable for pickle, while ripe fruits are sweet in taste and widely popular among the wandering forest dwellers. The edible value of the plant is widely accepted in the southern Western Ghats, Nilgiri mountains, Tamil Nadu and Deccan plateau. In the north-east, especially in the upper Assam both leafy shoots and fruits are well accepted among the peoples of Shan tribe. While leafy shoots are eaten in boiled forms fruits are consumed directly. Nutritional assessment of the fruits shows that it is a good source of vitamins (A and C) and minerals like phosphorous, potassium, calcium, magnesium and iron. Recent studies on leafy shoots and roots detected the presence of Withasteroids (a group of phytochemicals) important for preventing the growth of tumours in human body. Despite its nutritional potential the plant is yet to be accepted in mainstream culinary network, though kitchen garden enthusiasts have started procuring and sharing the seeds online. 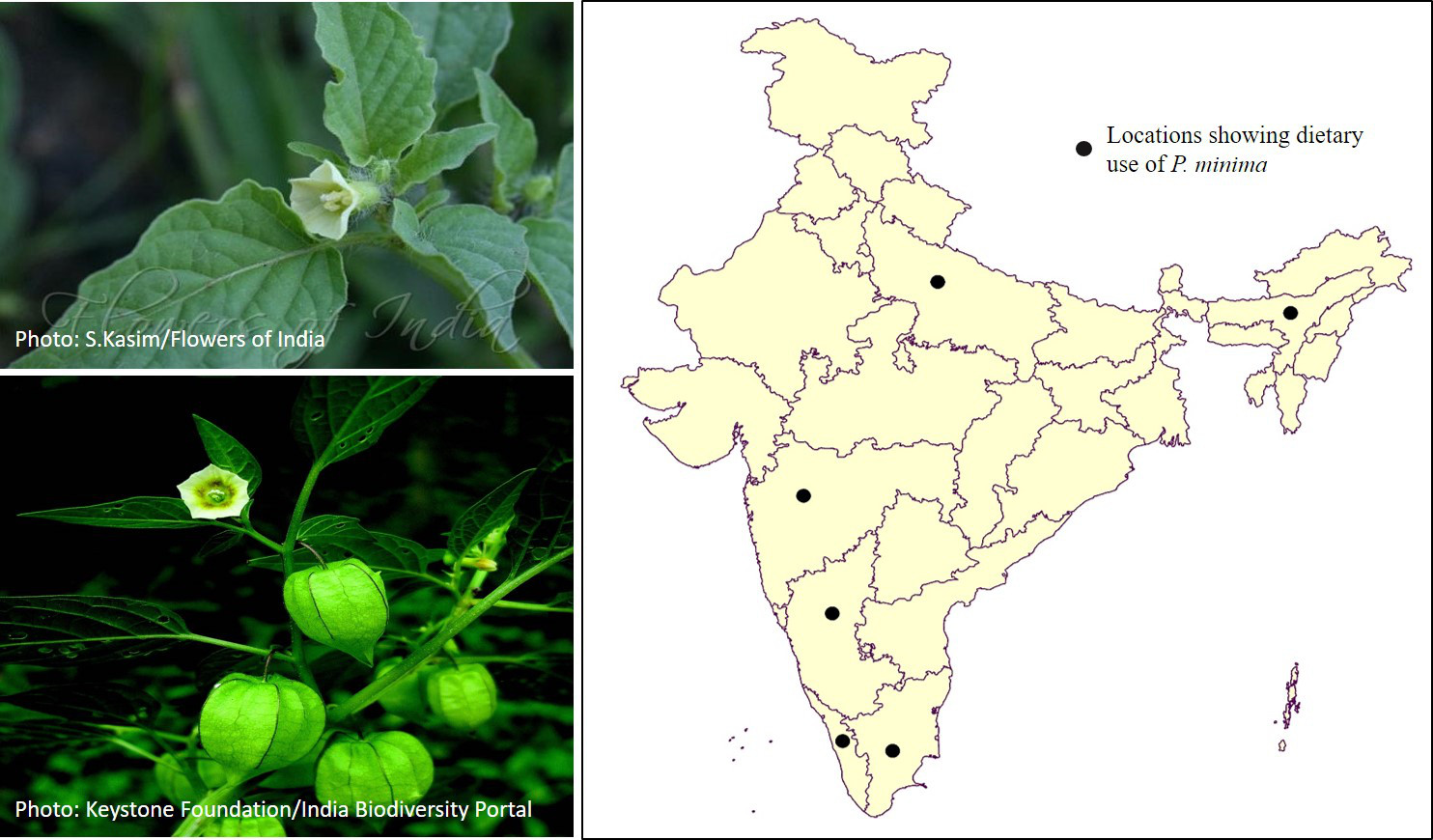 The tree is very common across India and is called as Madras thorn. It is popularly known as Jungle jilebi in Hindi, and Kodukka puli in the Southern part of India. The fruit resembles a coiled bean with black seeds. The edible part is the fleshy covering (known as aril) on the seeds with a sweet-sour taste. Geographically the culinary tradition is spread across southern, central and eastern Indian regions. The seeds and pulp are pounded together to make a sweet drink in the rural areas. In some areas the seeds are roasted and powdered and used as a spice for cooking. In Jharkhand, tender leaves and shoots are eaten as vegetables by the Santal tribes. The fruit and seeds are rich in vitamins, essential amino acids and minerals. Considering the recent surge of interest on uncultivated foods, there are few attempts to use the sweet aril of the seed in the preparation of cakes, candies and desserts. 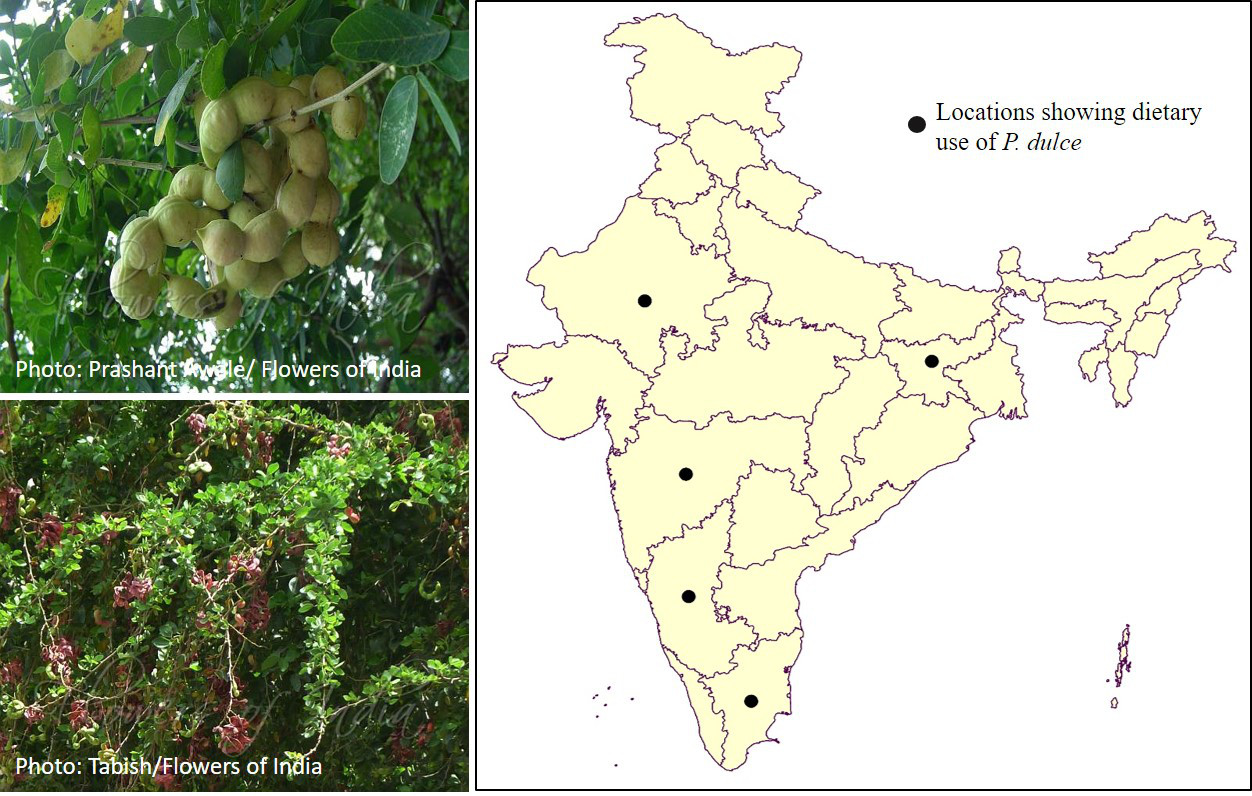 A common roadside plant with attractive broad leaves, the species is popular among the peoples of north-east Indian states. The culinary culture is well established in Nagaland, Manipur, Arunachal Pradesh and Assam. The boiled stem and leaves are taken directly or with rice and other vegetables. In Nagaland, leaves are cooked with rice to prepare Gapa Galho. In Manipur, the leaves are cooked as Eromba or with other vegetables. 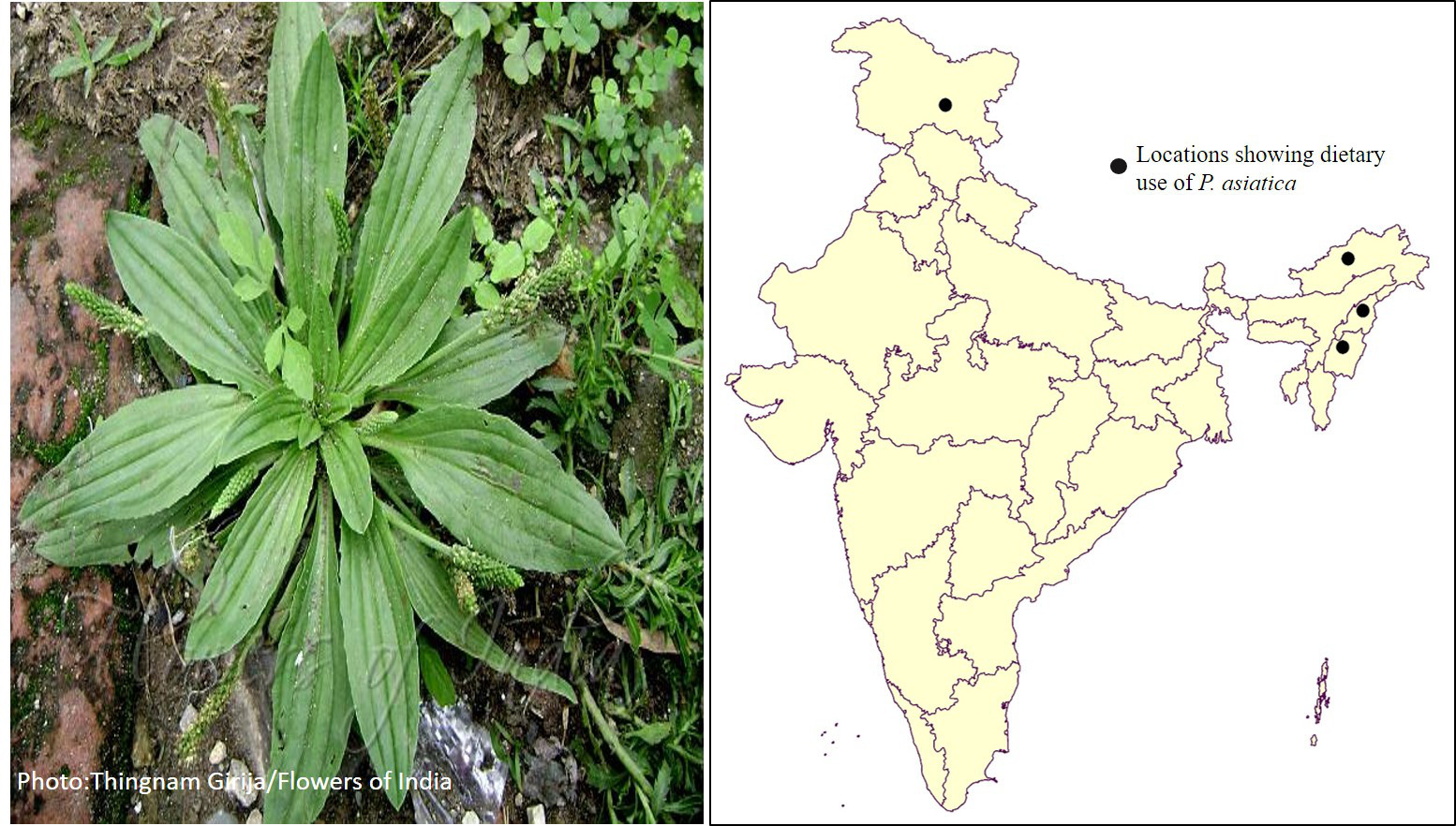 The plant is a native of the Himalayas ,but naturalized or cultivated in the Nilgiri tracts of the Western Ghat. It is more of a temperate weed with high oxalic acid content. The culinary practice with this plant is widely distributed in the Himalayan states of the country. The leaves can be cooked well before consuming to reduce the oxalic acid content. Young shoots are cooked to make side dishes along with other spices. As the entire plant has an astringent property, care should be taken in consuming the plant parts. The leaves are cooked with other herbs for the mild acidic taste. In Arunachal Pradesh, Nyishi tribes consume the raw tender stems and it is known as Bongkung. The ripe fruits are sweet and taken directly. In Manipur, it is a local delicacy especially in summer season, commonly known as Tharam.  It is usually cooked and taken with dried fish, meat and fermented soya bean. In Sikkim, the tender parts of the plant are eatable and a common ingredient for pickles. The practice is available in West Bengal too especially across Himalayan foothill area. Young tender stem and leaves are directly consumed or used in salad/chutney preparation. Similarly,in the Western Himalayan state of Himachal Pradesh, tender shoots are used for quenching thirst. Despite widespread use among the indigenous communities the plant is yet to be introduced in the mainstream food sector. 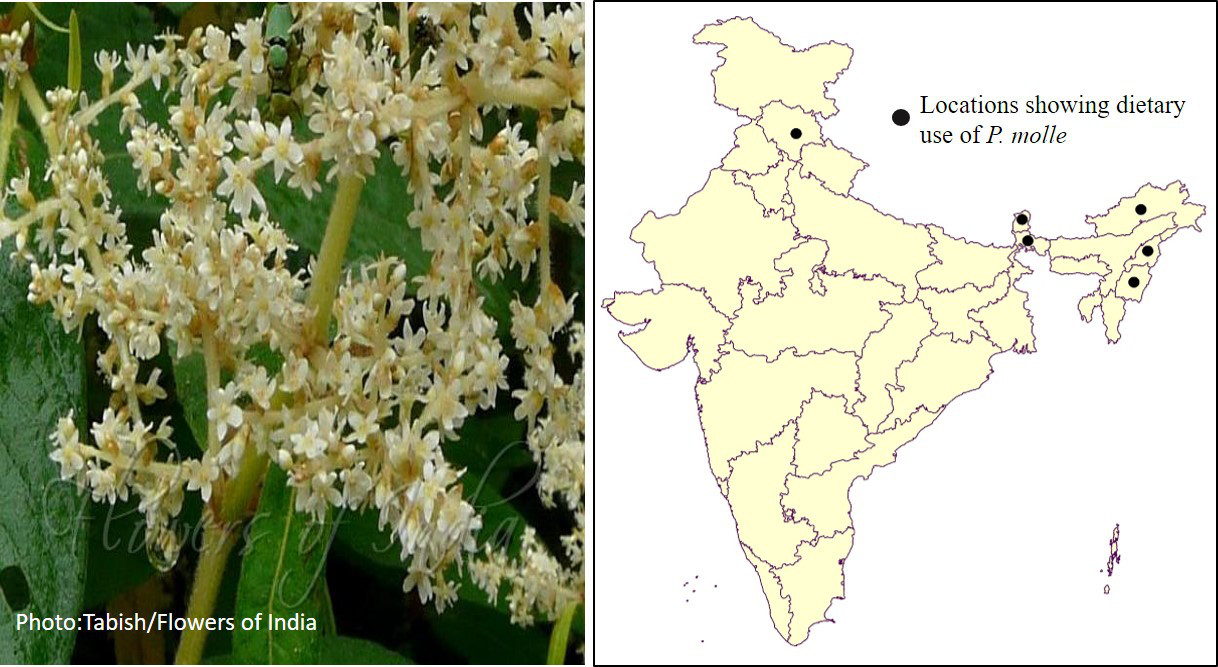 The world of flowers