Survival in the Anthropocene

The sufferings of the biosphere through human activity is an unavoidable mark for the Anthropocene. We quantify pollution and extinction, define hotspots, and warn against climate change. In a way, all sorts of assessments we do to gauge the possibility of our survival in this degenerating world. What about other organisms? How do they cope with this gradually inhospitable environment? Studies have reported phenotypic and behavioral changes in the organism due to human pressure and that ranges from invertebrates to vertebrates. However, megafauna was out of the list for a long time due to procedural constraints. The gap has been filled up recently by a study on African elephants which reported a gradual rise in tuskless females in response to uncontrolled poaching. So, apart from law enforcement, elephants themselves are involved in protection with a weapon like evolution.

A study on the elephant herd in Gorongosa national park, Mozambique, Africa revealed a cascade of events that triggered visible changes in the elephant population. Decades-long survey data showed that almost ninety percent of the population (mostly tusked members) were wiped out due to ivory poaching during the twenty-year-long civil war. It, after recovery in post–war period, resulted to a disproportionate increase in tusk-less females eventually. These tusk-less mothers increased the population in course of time but there is distinct dominancy of the females. It happened due to the association of the tusk-less character (better to say the mutation) with the sex chromosome (X chromosome) and for its connection with the male lethality. As a result, all females either homozygous or heterozygous with the mutation join the herd but males do not due to the associated sex specific lethality. Furthermore, this study also explained the connection of the tusk-less character with the mutation in the AMELX candidate gene responsible for tusk development and its location in the sex chromosome (i.e., X chromosome). Apparently, this poaching-induced genetic change seemed to be better for the elephant population to sustain anthropogenic onslaught. However, the consequences of the associated male lethality are yet to be fully unraveled to determine their long-term survival in the African landscape.

Insects, for the majority of the urban dwellers, are the source of disturbance, a threat to crop production for agriculturists, or even disease spreaders, but they are omnipresent. However, 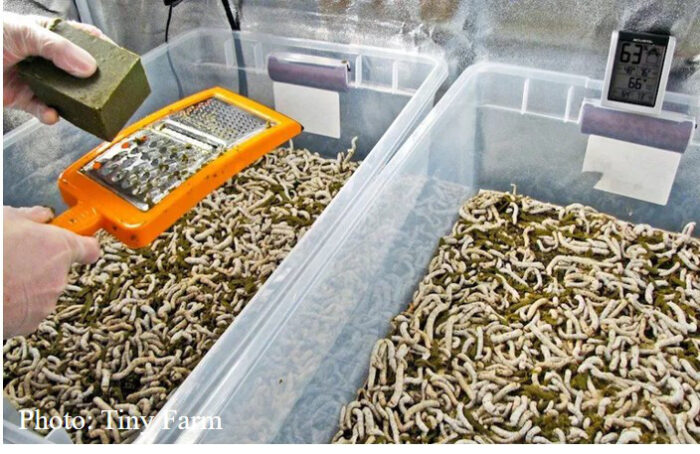 names like, “Malang tod”, “Hon mhai”, “Rod duan”, “Cuchamas”, “Jumiles”, “Catatos”, or “Nsenene” may sound unfamiliar for many of us, but they are yummy insect snacks for foodies. Spanning across the continents, insect food is a popular choice for many and the interest is skyrocketing. This popularity is mostly due to easy availability, low-cost nutrition factor, and socio-cultural preference. To meet up this spurting demand and anticipated boost in global business, insect farming is gaining ground among entrepreneurs.

What is insect farming exactly? One liner is “Farming of insects”. The technique is not new for us if we think about apiculture, i.e., honeybee farming for honey. However, farming the bugs,worms, or their larvae for human consumption or animal feed is the new practices in full swing. At present, the favorite candidates are crickets, mealworms, black soldier fly, etc. Here, the word farming indicates breeding them, rearing them, and selling them when they are rich in nutrients. Although the majority of farming activities target to supply animal feeds (pet, poultry, and fish), pharmaceutical, and dyeing industries, marketing for human consumption are yet to be achieved to that level.

Insect farming has ecological advantages too as it demands less space and resources including land and water, and the process is able to convert low-quality organic waste into protein-rich end 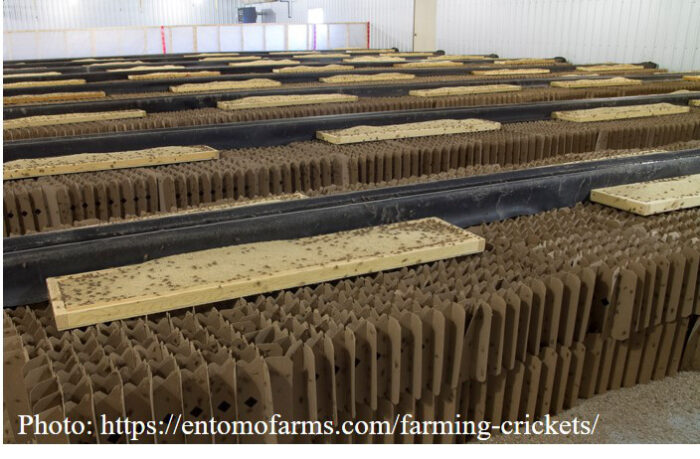 products in a more sustainable manner than conventional livestock farming. With the pressing challenge for food security, hunger, and global climate change, insect farming looks promising but with few glitches. The commercialization of this traditional practice poses serious questions on ethical grounds like rampant exploitation of the insect world for human benefit, conservation of biodiversity, mass production system, etc. Despite these challenges, insect farming shows us an unconventional way to satiate our tastebuds with protein-rich food.

admin
August 30, 2022August 30, 2022
Honeybees offer us sweet memories of blooming landscape dotted with flowers under a sunny sky, the humming in a desolate...
admin
August 30, 2022August 30, 2022
Our tryst with honey is not a recent one but is rooted in deep time, it has been an important...
admin
June 19, 2022June 19, 2022
Fishing with a living fishing tool Perhaps we have heard or come across traditional fishing with various nets, sticks, stupefiers,...
admin
November 23, 2021November 23, 2021
The flip side of GI tag and Basmati Geographical indications (GI) tag often adds charisma to any product and infuses...
admin
November 22, 2021November 22, 2021
The oldest law school in Europe takes care of plants too… Plants are our partners since time immemorial so are...
Various Contributors
March 8, 2018July 8, 2018
The shades of the nature - people interface have been manifested through a plethora of medium. A collage of snaps...