Junipers of Ziarat – a living heritage for the humanity 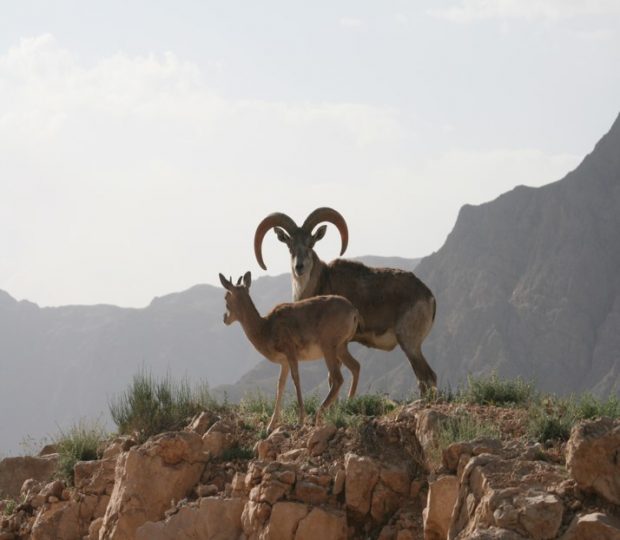 Far from the Arabian sea, the arid rugged terrain of west Pakistan and adjoining Afghanistan poses a challenge for human being to make a living out of it. This apparently not so amiable feature of the Earth takes a break at Ziarat, where resides one of the largest and oldest Juniper forests in the world. 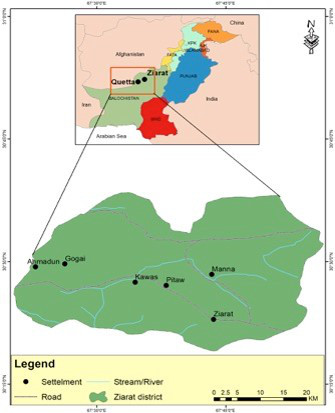 Located in the periphery of Quetta (133 km) – the provincial capital of Balochistan, at an altitude of 2449 meters above sea level, Ziarat is a famous tourist resort, an escaping gateway for Pakistani and international tourists especially during summer (Figure 1). Literally, Ziarat means, “Shrine” and the place is associated with Kharwari Baba, a local saint who is known to have rested in the valley and blessed it.

Covering an area of approximately 110,000 ha, Ziarat has an envious collections of Junipers which are ranked second largest in the world, after juniper forests of California, USA. The place has a global value and significance due to the presence of older-aged native Juniper tree species, its slow growth rate, insignificant regeneration and associated socio-cultural perspectives (Khan 2013). The species are enlisted as the oldest living trees on the planet (Figure 2). Around 54 species of junipers have been reported from across the globe, six of these including Juniperus excelsa are found in a mixture in northern Pakistan. Balochistan has one of 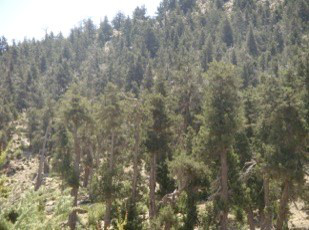 the largest remaining tracks of pure Juniperus excelsa forests that has worldwide significance and value. Although, detailed dendrochronological studies have not been conducted till date however an estimation of the age of a mature tree here is reported to exceed almost 1500 years, and therefore, these trees are locally termed as the “Living Forest Fossils” (Atta 2000, Atta et al. 2012).

Ziarat is also noteworthy for its animal inhabitants. The mountain range, such as Khalifat, is home to some of the most treasured wildlife species of global significance including Suleiman markhor (Capra falconeri jerdoni), Balochistan urial (Ovis vignei blanfordi)(Figure 3a and b), 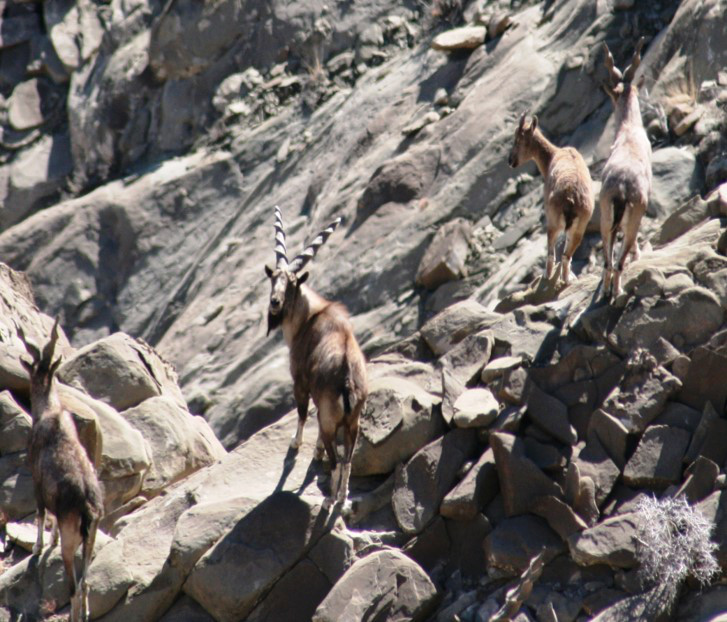 Figure 3a: Suleiman markhor in Ziarat

Black bear (Ursus thibetanus gedrosianus), Grey wolf (Canis lupus), and near threatened Afghan mole‐vole (Ellobius fuscocapillus)(Roberts 1997) . Along with the high profile members, there are Afghan Pica, foxes, jackals and several species of migratory birds. However, like any other part of the world, here also the wildlife habitats have become largely fragmented and encroached due to various anthropological factors including illegal hunting, human habitation and livestock grazing.

The Juniper ecosystem is the lifeline for the region. It supports the living of other organisms including humans in the valley through invaluable ecosystem services. Along with junipers, so far, 54 plant species have been recorded from the area of which more than 50% are 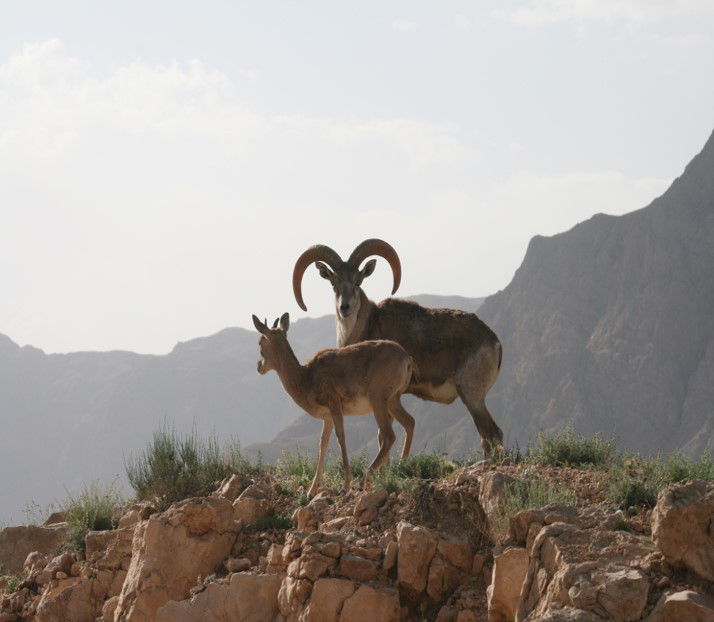 Figure 3b: Balochistan urial in Ziarat

known for high medicinal and ethno‐botanical value, and are being used by locals as panacea to treat various ailments. Besides, the ecosystem regulates aquifers such as Narhi river by protecting the watersheds in the catchment areas that ensures availability of water to the local human settlements in Nahri River Basin. These forests also play an important role in economic development and environmental stability of Ziarat, through provisioning of ecosystem services and goods, which include food, fuel, fiber, shelter, medicine for local communities alongside fodder and grazing grounds for their livestock, while protecting them against the climatic hazards such as snow avalanches, wind storms, floods and droughts through buffering and watershed protection. The ecosystem has a myriad presence of primary producers, nutrient cycling, soil formation, wildlife habitat and landscapes, that offer tremendous non‐material yet aesthetic, spiritual, educational bequest and heritage of high value for humanity – locals and foreigners alike. 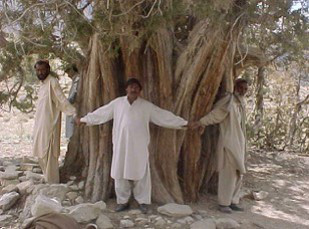 The communities living in and around the area, mostly Pushtuns, Baloch and Brahuis, often joined by Afghan nomads, are mostly dependent on juniper forest ecosystem services and products for their livelihood. For instance, the water generated through recharge of ground aquifer supports agricultural productivity for human consumption. Ziarat is reputed for the production of high quality stone fruits like many varieties of apples, cherries, peaches, pears, plums and walnuts, which are consumed and marketed locally as well as exported abroad. Likewise, the barren arid rangelands help 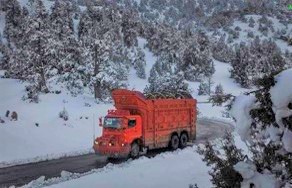 Figure 4b: Ziarat valley during winter

in soil conservation and support livestock production by local and nomadic herders alike. The aesthetic landscape created by Juniper forests also encourages tourism in the area and sustains livelihood of local communities associated with it (Figure 4a and b). In addition, the forests and grasslands are an important carbon pool with global ecological benefits, accumulated over the decades. Interestingly, Juniper trees are also used as a tool to fulfill certain cultural obligations like erection of poles at both ends of graves, making of cradles, use of juniper poles for display of trophies, fire play at important occasions like marriages and festivities, which somehow pose threats to these living fossils.

It is one of the three internationally recognized ecosystems in Pakistan that are fragile and vulnerable to natural and anthropogenic stressors. These are perhaps the oldest forest treasures with tremendous scientific, geo-ecological and cultural significance for the local and international community. Few things are known, if any, about the ages of the trees, their                                                                     ecological and socio‐cultural relationships, the religions and faiths that it has seen; and the behavior and attitudes of people and their generations that have been living within and around these forests but there is still a lot unknown about the natural dynamics of this ecosystem, the species, genetic resources and habitat types, especially in the socio‐cultural context of the history. The Juniper trees, belonging to one of the oldest age groups, might tell a lot about the climate change over the past centuries. This opportunity is rarely available elsewhere. The way this ecosystem and its biodiversity have responded to human pressures and uses is worthy of investigation. Dwarf Mistletoe has destroyed a large chunk of juniper forests (Atta et al. 2010). The international community is not aware of the causes yet, and do not know its destructive potential for similar situations elsewhere. The agro ecological habitat in the Juniper forest ecosystem is passing through various ecological evolutionary stages. Comprehensive investigations on such aspects may open new doors for the better and in-depth understanding of the importance of these age old forests.

Juniper trees, being a substantial part of the biodiversity, supports communities of fauna and flora. Obviously, with the loss of Juniper forests and disturbance to habitats, all associated species; endemic and endangered like Suleiman markhor, Balochistan urial, Black bear, Grey wolf and near threatened Afghan mole‐vole etc., may disappear eventually (IUCN-Pakistan 1994). In view of their multiple functions and the threats faced there is dire need to protect and rehabilitate Juniper forests of Balochistan in general and that of Ziarat in particular for the existence, survival and prosperity of human populations.

Linguistic and Biological Diversity: Patterns of Co-occurrence and Opportunities for Coordinated Conservation

Junipers of Ziarat – a living heritage for the humanity

Posted On September 18, 2019 ~ 0 Comments
Far from the Arabian sea, the arid rugged terrain of west Pakistan and adjoining Afghanistan poses a challenge for human being to make a living…

Linguistic and Biological Diversity: Patterns of Co-occurrence and Opportunities for Coordinated Conservation

Posted On September 19, 2019 ~ 0 Comments
Researchers from a range of disciplines frequently remind us of the enormous challenges that Earth will face in the coming decades. Climate change, unprecedented levels…