A warm welcome to the season of leaf fall and festivity.

Like seasonal changes, our focus has also shifted to the world of insects and mammals. This issue has interesting observations on termites, mud-dauber, and bats. In tropical countries like India, termite mound is prominently visible across land use types, especially in rural and semi-urban areas. These miniature hillocks have socio-religious relevance but hardly considered as a subject of detailed investigation to understand the social life of insects. Nikita Zachariah in her illustrious article describes this fascinating architectural wonder with its’ construction details as well as environmental suitability. This article presents a first-hand information on the chronosequence of mound formation, division of labour, and resource allocation strategy among the termites captured through video recording. Our second article is on nest making by mud-daubers, a very common insect hovering around us. Although a little irritating to many due to their habitat preference at our houses, a close observation on their tireless effort on nest making enlightened us about the marvel of insect power. This article is an account of a very young observer who has meticulously followed the house building process for several hours and made some interesting observation on earthworm cast as a sough-after nest building material hitherto not documented. Apart from the insect world, bat, a comparatively higher order member of the food web has also marked its appearance in this issue. In addition to their inevitable presence in dusk time, in folklore, and in the conceptualization of evil power, they are also into so many other things around us. The discussion here gives us a succinct idea on their role in ecological functions, agricultural improvements, as a bioindicator, and as a model system for medical research.

The trails of main articles are followed by snippets as usual – where you’ll get fantastic tumbleweeds, Monalisa by E.coli, soundscape biodiversity, tasty black meat, and heritage toys. These colourful fabrics of the natural world would definitely motivate us to explore more, to learn more, and to be sensitive to this fragile blue earth – all to satisfy your quest. 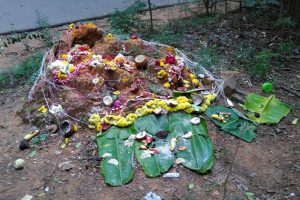 Walking in the wild or even in a metro city like Bengaluru it is impossible to miss giant structures made up of mud. These are termite mounds (Figure 1). Termite mounds are conspicuous features of landscapes in Asia, Africa and Australia and can be upto 10 metres tall. They are built by tiny insects called termites which are few millimeters in size. At a human scale this kind of construction would correspond to a building ten kilometers tall (taller than… 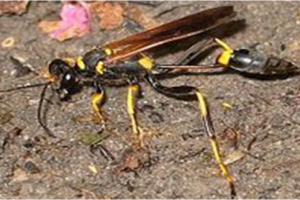 Nest making is a vital instinct of several species of animal kingdom. An animal usually makes nest to protect its offspring and sometimes themselves. In evolutionary biology there is only one scale to measure the fitness of an individual i.e. the number of healthy and fertile offspring it can produce. So better nest making and offspring rearing technique of an individual increases its fitness. Insects tend to use different materials for nest making. Honey bees use wax which they secrete… 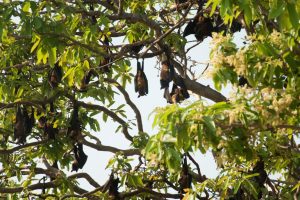 It is a spectacle to experience the sight of hundreds of bats emerging from the shadow of caves in a perfectly choreographed flight maneuver, before eventually disappearing into the vanishing tinge of the dusky sky. Bats, the only volant mammals form the second largest mammalian order Chiroptera (chiro= hand, pteron= wing) comprising of more than 1300 species (Fenton and Simmons 2014). They show extraordinary specializations in their ecology, anatomy and physiology and a diverse dietary habit feeding on anything from…

GLIMPSES OF NATURE AND CULTURE 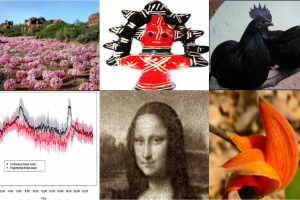 Red meat or white meat? No, I want BLACK meat! Yes, the inhabitants of Jhabua and Dhar districts of Madhya Pradesh can enjoy black meat of Kadaknath chicken which is locally appreciated as Kali Masi (which means ‘fowl having black flesh’). Although the old chicks are bluish to black, adults are mostly black or bluish black in color. The comb, wattle, and tongues are purplish and feet are greyish. The striking feature of this bird is many of the internal organs are black in color….