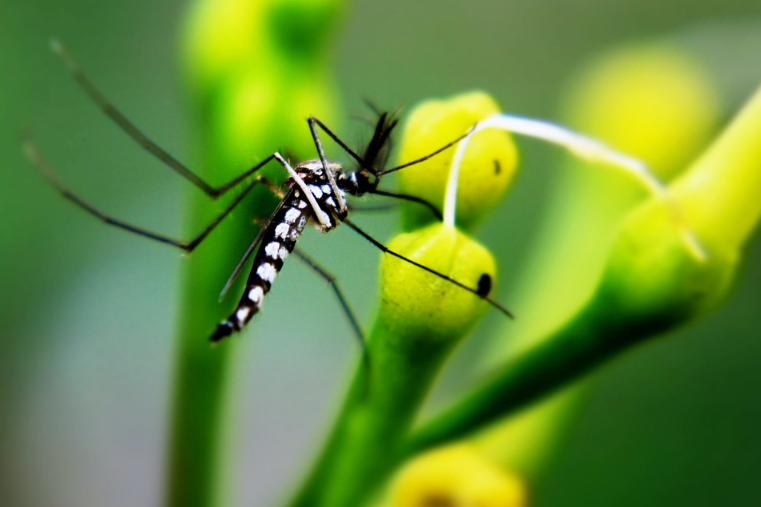 Have you ever wondered what the deadliest animal on Earth is? If you think it could be snakes or stingray or comodo dragons, you are nowhere close and the answer might as well take you by surprise. It’s the mosquitoes, according to reports published by the World Health Organization and the Bill & Melinda Gates Foundation. In terms of the number of human lives claimed per year, mosquitoes top the list with over 0.73 million. Mosquitoes are deadly because of the public health challenges they pose – they transmit disease causing pathogens when biting us and vector diseases such as malaria, filariasis, dengue, chikungunya, yellow fever, etc. While biting, mosquitoes gain access to our blood, a rich protein source required to nourish their developing eggs and sustain metabolism. Then, does that mean only female mosquitoes bite us? Yes, male mosquitoes completely rely on plant-derived sugars such as nectar, sap, etc. for nutrition and do not require our blood. But, can all female mosquitoes potentially vector disease-causing pathogens? Interestingly, the answer is a no – just 20% of the mosquitoes account for 80% of the mosquito-borne disease transmission. The next time you are bitten by a mosquito, you might probably end up empathizing with her, as she is a soon-to-be mother.

Mosquitoes, of course, do not bite only humans. For instance, mosquitoes such as the Aedes albopictus – the vector of zika, dengue and chikungunya also bite cattle, rodents and birds. Their preference for a particular host is driven primarily by their availability. For instance, in forested landscapes mosquitoes’ preferences shift from human to non-human hosts. So, how do mosquitoes find us? They use our smell, heat, and visual cues together with the carbon dioxide we exhale to identify, locate and track us down (Figure 2). This is quite fascinating because mosquitoes sense us amidst all other sensory distractions in our environment. For instance, a sock worn and left aside can emit our odors and even a cup of warm water can produce thermal cues that can potentially attract mosquitoes. However, mosquitoes do not pursue these objects because their host-sensing mechanism is far robust than we can imagine. Recent research has highlighted how their tiny brain integrates information sourced from different sensory perceptions. Smell and carbon dioxide emanating from us can travel

father distances in air as odor plumes and these serve as long-range cues to identify and locate us. Upon smelling us, mosquitoes follow our odor plume along the concentration gradient and upon getting closer, they employ our thermal and visual signatures (specifically contrast) as medium and short-range cues respectively to accurately track us down. Researchers at the Rockefeller University have identified orco gene in mosquitoes that produces a protein which in turn helps build receptor molecules thereby enabling them sense varied smells. Using a series of experiments, they demonstrated how mutation in orco gene affected the ability of mosquitoes to differentiate between the smell of human hosts from other animals. Another study conducted at the University of Washington, has revealed that mosquitoes sensing carbon dioxide exhibit greater attraction towards dark, moving visual objects that resemble human hosts. Particularly, carbon dioxide exposure modulates visual centers in the mosquito brain thereby enabling them to accurately locate us. Recent research has further revealed that mosquitoes’ attraction to thermal cues is contingent on the presence of carbon dioxide. This ability to seek us, though innate to an extent, is further honed by mosquitoes early in their adult life. With every host encounter, specialized molecules in the brain that transmit information between nerve fibers (referred to as neurotransmitters) help them learn and form memory. Their ability to learn and remember does not only enable them to efficiently find us but also avert risky, life-threatening situations. When biting, mosquitoes run the risk of being killed by us. In such situations, the memory derived from past experiences modulates the olfactory centers in their brain thereby causing a shift in mosquitoes’ preference for less defensive (e.g. when sleeping) or vulnerable hosts (e.g. infants and kids). If you ever wondered why you are getting bitten more often by mosquitoes than others around you, you can be quite certain that mosquitoes like you for a reason!

Across the tropics, a few weeks into the first wet season of the year, it is common to come across newspaper headlines mentioning a dengue or chikungunya breakout. In a months’ time, the news on malaria and filaria breakout would follow. While all four are mosquito-borne diseases, why does dengue or chikungunya incidence always precede malaria or filaria? The answer lies not in the disease par se but in the mosquitoes that vector it. Dengue and chikungunya are vectored by Aedes mosquitoes while malaria and filaria are vectored by Anopheles and Culex mosquitoes respectively. The eggs laid by Aedes mosquitoes are adapted to withstand dry conditions by lying dormant and hatch subsequently upon arrival of the rain. This adaptation enables Aedes mosquitoes emerge in enormous numbers early in the wet season thereby resulting in dengue and chikungunya outbreaks well ahead of other mosquito-borne diseases. A study on climatic patterns and outbreaks of dengue, chikungunya and Zika revealed that disease outbreak coincided with peak average precipitation in South and Southeast Asia and Rio de Janeiro thereby corroborating this theory. These findings lay a strong emphasis on two aspects, both scientific and societal, pertaining to the control of vector populations and mosquito-borne diseases: 1. the need to understand links between mosquito biology, disease incidence, and climactic patterns, and 2. the need to leverage technology to raise awareness and engage public in preparing our surroundings prior to the wet season based on weather forecasts.

Effective vector control measures are the need of the hour because traditional strategies are becoming ineffective. Buildup of resistance to insecticides and larvicides such as DDT, permethrin, malathion, etc. is on the rise in mosquito populations. Exposure to sub-lethal doses of these insecticides, apart from contributing to resistance buildup also alters mosquito behavior. Mosquitoes learn to associate these repellents with the availability of a potential host for blood feeding via a phenomenon known as ‘aversive learning’. Anopheles funestus mosquitoes in sub-Saharan Africa that primarily bite hosts for blood in the night use odor cues emanating from repellents to lurk around and bite human hosts early in the morning while they are out of insecticide-treated bed nets. Such shifts in circadian activity of mosquitoes pose steep challenges in mitigation of mosquito-borne diseases. Forced application of these chemicals in higher doses to compensate for insecticide resistance has had undesirable outcomes, both on the environment and public health. Consequently, these chemicals are banned from use in most countries and the world is now inching towards development and release of genetically modified sterile male mosquitoes using gene drive. Female mosquitoes in the wild that mate with these sterile male mosquitoes lay eggs that won’t hatch. This technique is currently being implemented in Singapore on a trial basis and the results thus far are a mixed bag. Keeping mosquito populations under check requires multiple bouts of sterile male mosquito release and it is turning out be an expensive affair. Simultaneously, biological control measures involving release of fishes and dragonfly larvae that feed on larval mosquitoes are also being considered. But release of such natural predators could result in unprecedented impact on biodiversity; release of Gambusia holbrooki fish has resulted in decline of several species of fish and frogs in Australia. The scientific community is indeed excited and hopeful about eliminating mosquitoes using these novel strategies. But truly we will have to wait to see if these are good enough to counter the formidable mosquitoes.

Yes, referring to mosquitoes as a formidable species is not an overstatement. If combating mosquitoes

could be considered a one-on-one duel, we humans thus far have been on the losing side. Almost every attempt targeted at controlling mosquito populations, though effective in the short-term, has failed in the long-term. If mosquitoes are so deadly, why should not a world without mosquitoes exist? Firstly, not all mosquitoes are notorious, disease-causing pests. Of the approximately 3500 named species, less than 5% of those bite humans and vector diseases. Second, mosquitoes are pollinators and are prey to several other insects; the eco-system services they provide both directly and indirectly could be crucial in sustaining biodiversity in urban settings. Both male and female mosquitoes, in pursuit of sugary nectar as a source of nutrition, end up offering pollination services for plants. While not much is known about this facet of mosquitoes, a study published this year in the Proceedings of the National Academy of Sciences has revealed the olfactory bases of orchid pollination by mosquitoes. Another study on the biodiversity of the Amazon has credited disease causing mosquitoes amongst other insects for guarding sections of the rainforests in its pristine form by deterring several multinational mining and timber logging projects. Above all, from an ethical view point, every species on Earth has its own right to live. Mosquitoes are meant to be managed and not exterminated. The easiest way to manage mosquitoes is to restrict their access to breeding sites and keeping our surroundings clean. A society that is disciplined and responsible towards the environment will not have to complain about mosquitoes or mosquito-borne diseases! 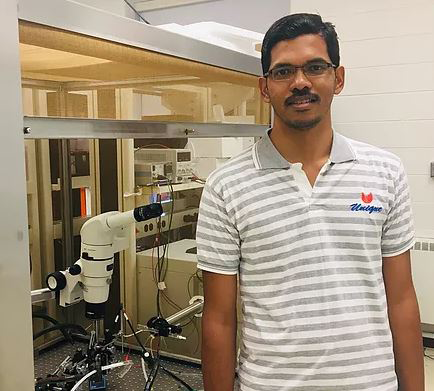