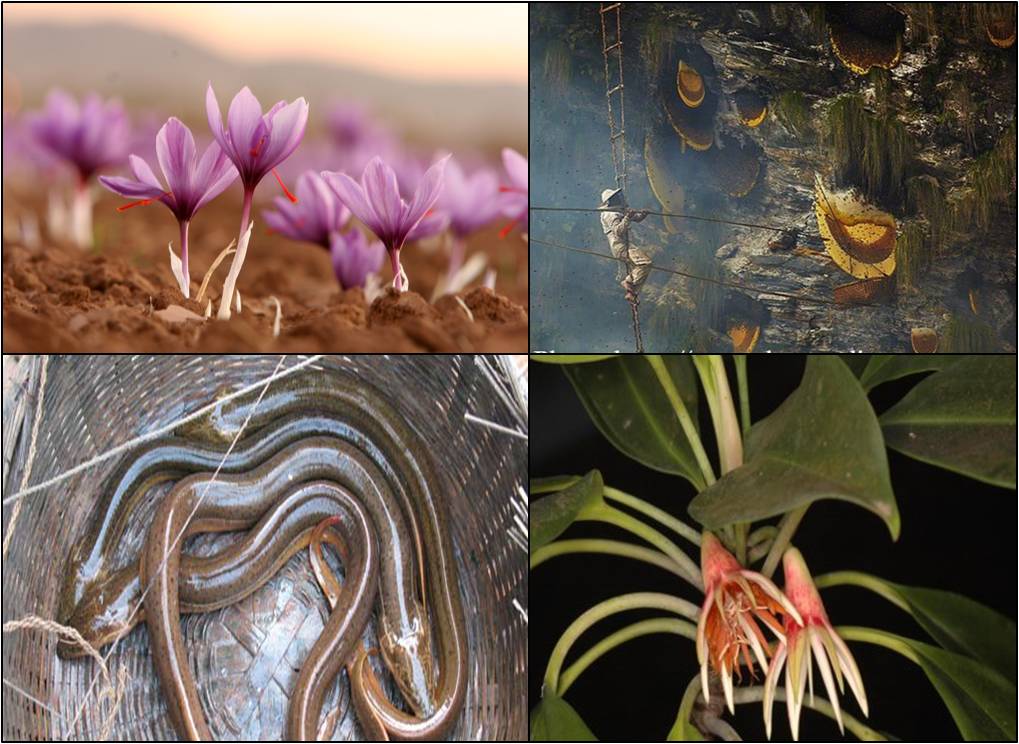 In 67 B.C.E, at Trabzon near Black Sea famous general, Gnaeus Pompeius Magnus (Pompey the Great) and his Roman army faced an unprecedented situation. While chasing the Persian army of King Mithridates of Pontus, they were exposed to full pots of local honey, undoubtedly lucrative drink for 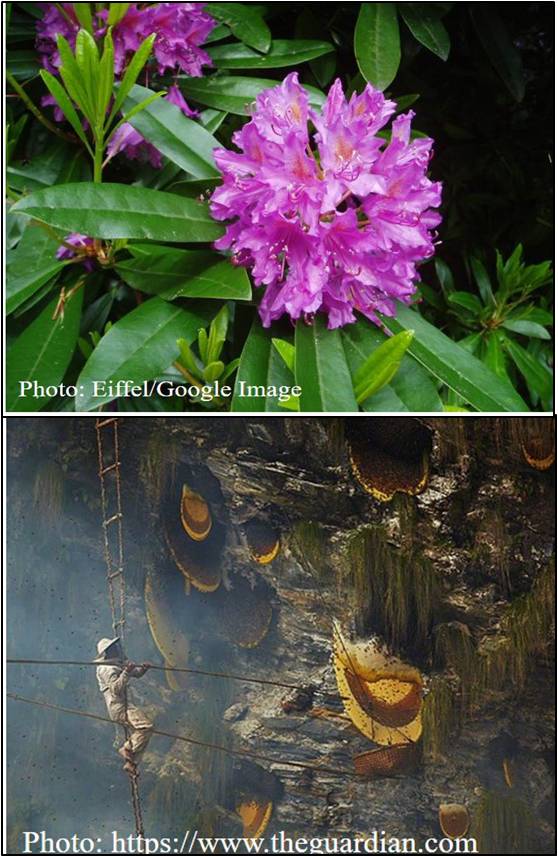 exhausting soldiers. The result was devastating after a happy sip to that special honey, a literal “honeytrap”. The soldiers were disoriented, unable to stand on their feet and the very next day it was a cakewalk for hidden Persian army to massacre nearly 1000 soldiers who were still in that unstable condition. The warfare history repeated at A.D. 946, when 5000 Russian soldiers were killed under the same “honeytrap” by the followers of Olga of Kiev and in 1489, 10,000 Tatar soldiers had the same fate planned by the Russians at the same region. However, these ghastly experiences and other small scale incidences did not create much impact on the popularity of this honey aka. “Mad honey”, “Poison honey”. Considered as one of the costliest honey in the world ($129.95/kg www.miel-fou.com), it has medicinal and hallucinogenic properties owes to the presence of Grayanotoxin. The source plants mostly belong to the Ericaceae family i.e. our Rhododendrons, Azaleas with their dazzling bright coloured flowers. Very well-known examples are Rhododendron ponticum, Rhododendron maximum, Rhododendron flavum, Azaleas in the Black Sea and Caucasus region. Similarly, Mad honey incidences are not restricted in the Black Sea region, these nerve intoxicating properties have been reported from Asia Minor, southern Russia, The Himalayas (Nepal), eastern United States and Pacific north-west. In the Himalaya, Apis dorsata laboriosa the largest honeybee of the world produces red honey from Rhododendron species at the higher altitude region which is also famous for its intoxicating property. However, dosage standardisation and awareness on its excess consumption subdue the mortality rate in recent time thus skyrocketing its popularity. Next time, don’t allow the honey to decide your destination either “hallucinogenic heaven” or “monstrous hell”.

Snacks from the coastguard

Mangroves are natural coast guard for many regions with their characteristic root system, ability to 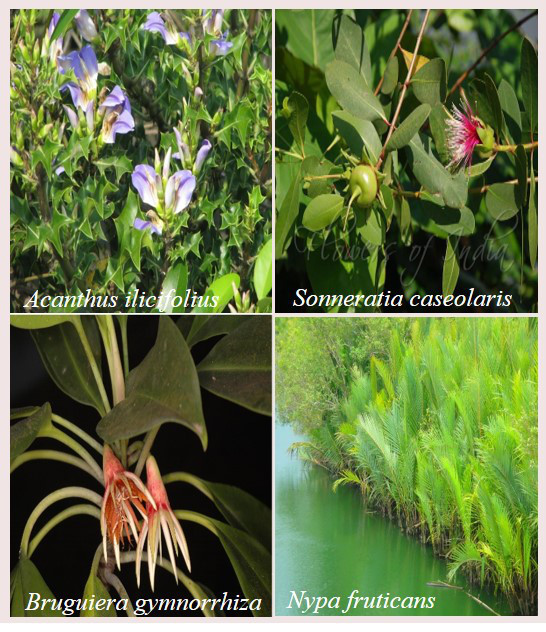 grow in salt-rich soil and are with a bagful of ecosystem services. Mangroves are well-known food resources for many but less known for humans. In southeast Asian countries of Indonesia and Thailand, foods prepared from mangrove spp. are considered as a local delicacy in the coastal region. The serrated leaves of Holy mangrove (Acanthus ilicifolius), fruits of Mangrove apple (Sonneratia caseolaris), Orange mangrove (Bruguiera gymnorrhiza), Nypa palm (Nypa fruticans) and few others are ingredients for mouthwatering snacks like cake, cookies, juice, syrup, and jam. They are high in carbohydrates, vitamins, fat and fibre contents, therefore a good alternative for mainstream market-friendly foods too. What are you waiting for? Next time, your trip to the Malay Archipelago must be accompanied by “Coastguard food”.

A taste of saffron from Tuscany – full of twists and turns

It is a story of the revival of the culture of growing a forgotten crop once quite commonly cultivated in a region. It all commenced with a yellow tinge in the ancient tubs of an old and abandoned Roman building!

The story began to unfold at an estate in Campagnatico, Tuscany of Italy when a yellow color was discovered by a localite in the Roman ruin and eventually equated with saffron. These estates were quite ubiquitous in rural Italy and of a kind preferred by urbanites to flee from bustling cities. In one such nest of someone Mr. X, he stumbled upon a dilapidated Roman ruin poignant with history. The 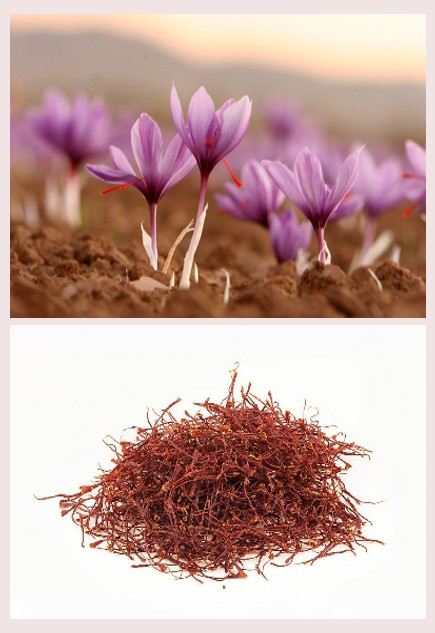 color detected, words spread and reached the protagonist of our story, Ms. Anna. She was an accountant from Grosseto – a small town near the Tyrrhenian Sea. She bought a small piece of land in the area and intended to cultivate after her retirement; then she heard of this, and as the event goes by, it kindled her interest. She enquired and was told that the kind of color can only be obtained from saffron. A brief chat with local elders confirmed that once saffron was grown in Tuscany but the culture has now has become a craft of bygone era. Anna was reluctant to leave her hope and stay in despair, and so jumped to rejuvenate the lost-craft of saffron cultivation on her own. According to her, it went like this:

The whole process is full of delicate handling of the flowers that bloom for two weeks and must be picked up early morning before opening up. The tender ones after collecting in baskets, the prodigal red pistils to be picked up using hands and dry them.

The whole journey was quite tiresome given the very prolonged and laborious process of cultivation, harvesting, and extraction, but her perseverance and dedication were paid off. She was happy with her golden harvest, at last, it followed many things after her success story. She took initiative to sensitize local farmers, put her effort to hold a conference to teach people and formation of co-operatives, drawing on local governance, creating the market, etc. It turned out that the place was ideal for saffron cultivation and was once sprawling farmland famed for the crop. Tuscan and Umbrian Slow Food movement provided them with additional inertia to take it further.

Now, what does the story of Anna convey? Yes, a lot of things, saffron, Tuscany, lost art, the place of food, etc. But it also tells that the food in the twenty-first century is a globalized item mixed not only with human movement and trade, also with palatability, lost in the mist and rediscovery, resurrection and market creation, governance and community initiative.

Gangetic mud eel or Monopterus cuchia or more commonly Cuchia is a tropical fish species widely distributed across the southern and southeastern parts of Asia. Largely owing to the elongated, slimy and compressed body, greenish or chest-nut brown body color and slithering movement, it looks more like an eel or a snake. Unfortunately, it is neither an eel and a snake, but it belongs to the family synbranchidae of the order synbranchiformes, which means although these creatures may resemble eels or their brothers, they are not related to true eels; and understandably far-placed animal very distant from the snakes.

They inhabit freshwater and brackish water and found in shallow, well-vegetated water and mud. 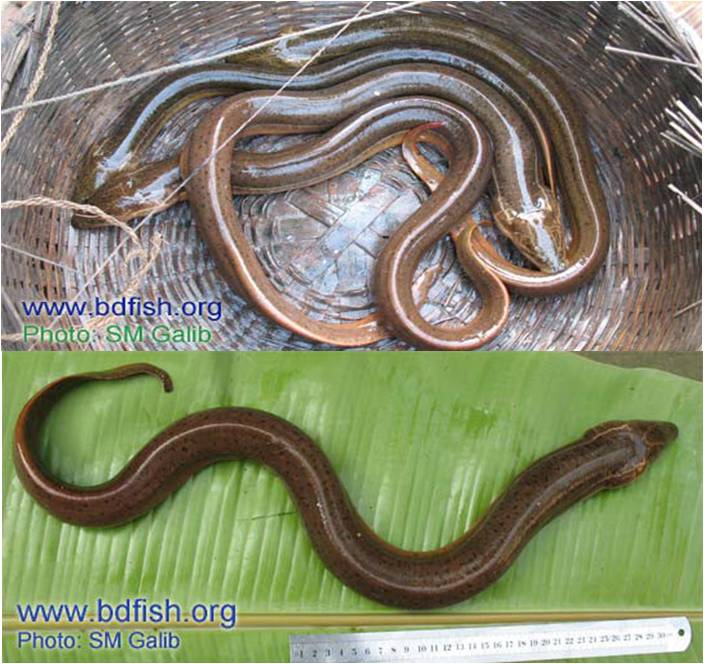 Mucky mud holes in shallow beels, ponds, and boro paddy fields are their favorite hang-out places. They can live in holes without water with the help of respiratory organs. They pass the entire summer in holes but sometimes coming out from the hole to take oxygen. While in the hole, they keep mouth position in a straight upper position and soon slides back completely with the slightest citing of any enemy. Unlike them, his many close relatives prefer spending their lifetime hiding in caves. The mud eel is a carnivorous and nocturnal prefers animal-based food like small fishes, mollusks, prawns, aquatic insects, small frogs, and worms, etc. Observation by onlookers say they sometimes crawl through the field and rice field bunds to the nearby locality in search of food at night, their mucky trail can be discerned by experienced eyes.

As a food, this fish is very tasty, nutritionally rich with medicinal value and is appreciated throughout its distributional range. Although it has quite a large economic demand and plays a unique role in socio-economic welfare, the populations of this freshwater eel are declining at an alarming rate from the natural water bodies due to overfishing, deterioration of water quality attributed to heavy use of agrochemicals in the rice field, and the loss of habitat.

Apart from the generic nets and traps, rural people of Bengal have a very unique way of catching this fish with frogs as bait held near the hole. A sound created in the water attracts Cuchia to grab its prey and it has to be lifted out from the hole in a single shot after it is trapped. However, it is one of the many indigenous techniques and gears people used to catch Cuchia. Mostly inspired by natural history and applying the insights from traditional knowledge, diverse tools and methods have been employed, e.g., wounding by spears, knives or sickles, stupefying fish by ichthyotoxic plants, using bamboo traps, hooks, and light fishing. The rich repertoire of human technology is a demonstration of indigenous means of natural resource management that assimilates the information from natural history, the wisdom of hunting and gathering tools and its local resources base; and most importantly, it underscores human ingenuity