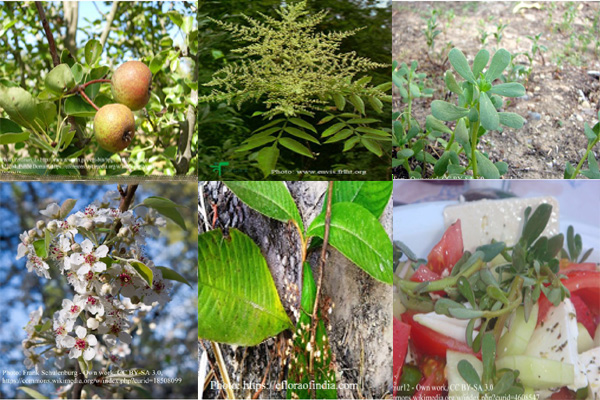 The plant, globally known as purslane, is an herb belonging to Portulacaceae. It is widely used across the world for its culinary and ornamental purposes. Locally known as kulfa or nunia or lunia, the herb is quite popular in urban and rural kitchens of India and is available even with vegetable vendors. Often frequented in moist and shady places, the plant is widely distributed in India as a common roadside weed. Due to its frequent medicinal use worldwide in different traditional medicines, it was named ‘Global Panacea’ by World Health Organization. The plant is loaded with high vitamin A, and also with vitamin C and B-complex (like riboflavin, niacin, and pyridoxine). It also provides highest dietary minerals such as potassium (494 mg/100 g) magnesium (68 mg/100 g), calcium (65 mg/100 g), phosphorus (44 mg/100 g), and iron (1.99 mg/100 g). Enriched with the beneficial omega-3 fatty acids, it appears to be a superfood and very effective in treating cardiovascular disorders and allows protection to the mucous membranes. In India, it is widely used to make stir-fries and side dishes for rice when cooked with dhal. The blanched leaves can be pulsed and can be used as a base to cook paneer or eggs. The underlying reason for its popularity is perhaps for its taste similar to spinach and that has permanently placed it in many home gardens. However, in rural or peri-urban areas, it has been sporadically picked up by villagers as need be. Also, it is a very popular leafy green among many indigenous people. 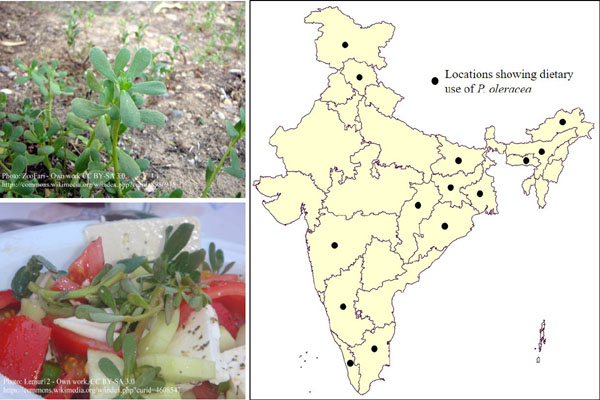 The plant, a rosaceous member, is famous in many names, Himalayan Pear, Indian Wild pear, tangi, mahal mol, or passi. A small to medium tree, Pyrus pashia, is an inhabitant of cold temperatures but grows well in humid conditions. The fruit is very tasty and thus desired among hill communities; though grabbed from the wild it is extensively cultivated in the eastern Himalayan parts. Whereas leaves and shoots are processed differently and are the sources of many tribal or local delicacies. The leaves, though bitter, serve as fodder as well as made into butter tea by the Monpa community of Tawang, Arunachal Pradesh. Nutritionally, the fruits are rich in many key minerals like potassium, calcium, iron, magnesium, and phosphorous as well as power-packed with antioxidants. The raw fruits are used by many tribal groups living amidst high altitude montane ecosystems, one of them is the ’Gaddis’ in the Western Himalayas. In the upper hills of Garhwal and Kumaon, the wild Himalayan pear is dried, crushed to powder, and mixed with wheat flour for making chapatis. Hakeems or medicine men in Kashmir also prescribe its crushed dry powder as a medicine to stop diarrhea. Though relatively less popular, drying and pickling are also practiced. Interestingly, apart from its use as food, the tree is also used as living fence in the Himalayan villages. 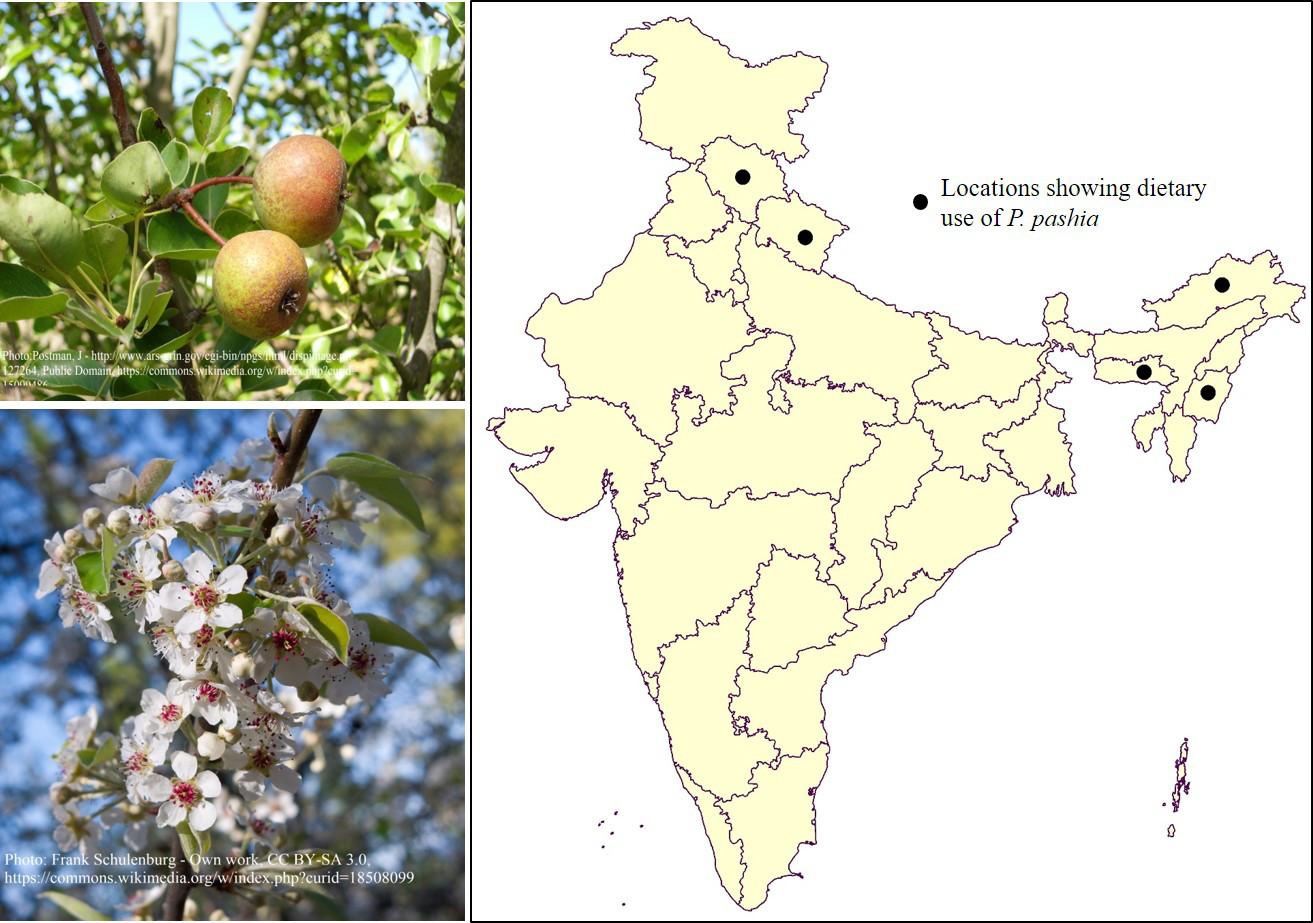 A small deciduous tree with warty branches commonly known as Chinese sumac, heimang, subma or nagatenga. It belongs to the family of cashew and mango – Anacardiaceae and is widely distributed across higher altitudes throughout India. The ripe fruit is very sour, generally much eaten by many hill or foothill people, the Nepalese, Manipuris, and the others, and quite popular among the north-east Indian side.
The Chinese sumac or nutgall tree produces fruits which are globose drupes in the cluster.  They were found to be rich in proteins, fats, and crude fiber. The major nutritive organic acids present are maleic, citric, and ascorbic acid. The oil generated from this is rich in oleic acid and is a good source of antioxidants. It is also having non-negligible amounts of many amino acids, especially leucine, arginine, aspartic acid, glutamic acid, and proline. Owing to its high nutrient contents, nutgalls, hold promise for their use in human health, as a functional food or food supplement, an antimicrobial agent, an antioxidant, for diabetic therapy, in the pharmaceutical and dermatology industries. However, their use is still quite restricted in the hills not yet reached the palates of the plain folks. 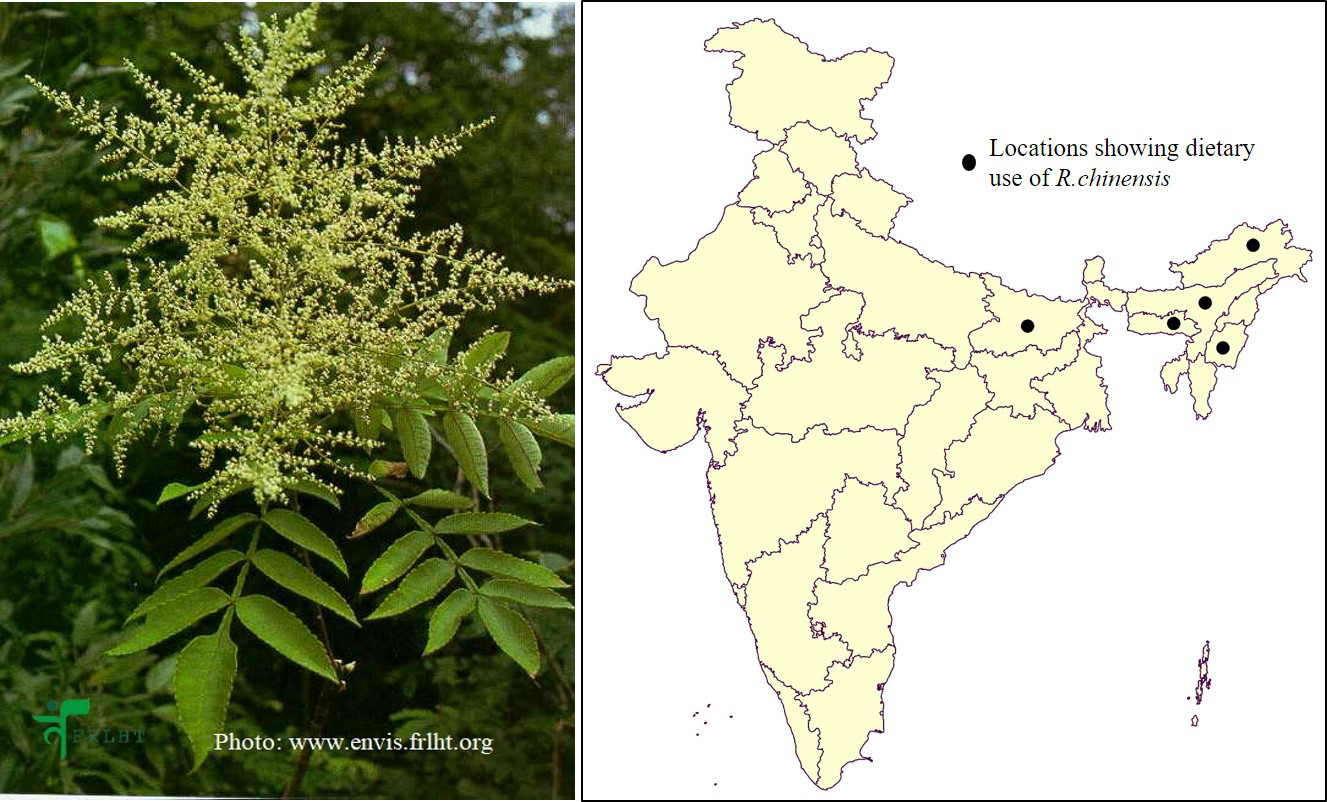 An erect tiny shrub of family Gesneriaceae produces rose-purple flowers and juicy berries. It is quite abounding in the north-eastern part of India, primarily across the Assam region where it is locally known as Ja-Kharia or Japang esing or Mehek. The Ja-Kharia plants are seen in a dry climate as well as in moist wet evergreen areas. The leaves possess a very good amount of protein, carbohydrate, and various minerals. The plant is also rich in antioxidants and essential vitamins, sufficient amounts of essential minerals (such as copper, zinc, magnesium, iron). So the consumption of this vegetable seems to prevent anaemia, help nucleic acid metabolism, control the blood-glucose levels, and might have the potential to support a healthy immune system.
Owing to its abundance in the Assam and contiguous regions, it is extensively consumed by most indigenous communities and others alike; In the Kangchup hills of Senapati district in north-east India, the plant is called as Yembum or Cheklap by the local tribes who use raw or cooked leaves or the Rongmei tribes of Manipur also cook the leaves along with others wild edible plants in low flame with rice to make ‘ganhoi’ or rice porridge. To many of them, it is also a culturally important species such is the case of the Karbis of Assam whose lifeways are closely entwined with the tree. Mehek (Rhynchotechum ellipticum) is considered as an important plant in the traditional diets of the Karbis. The common method of consumption of mehek is cooking with pholo (alkaline water) and manthu (dried fish). For this, leaves are cut into pieces, washed with water, and cooked by adding pholo and manthus; while pholo softens the tissue manthu elevates its acceptance infusing rich aroma – together making a perfect combo to relish over a family chat. 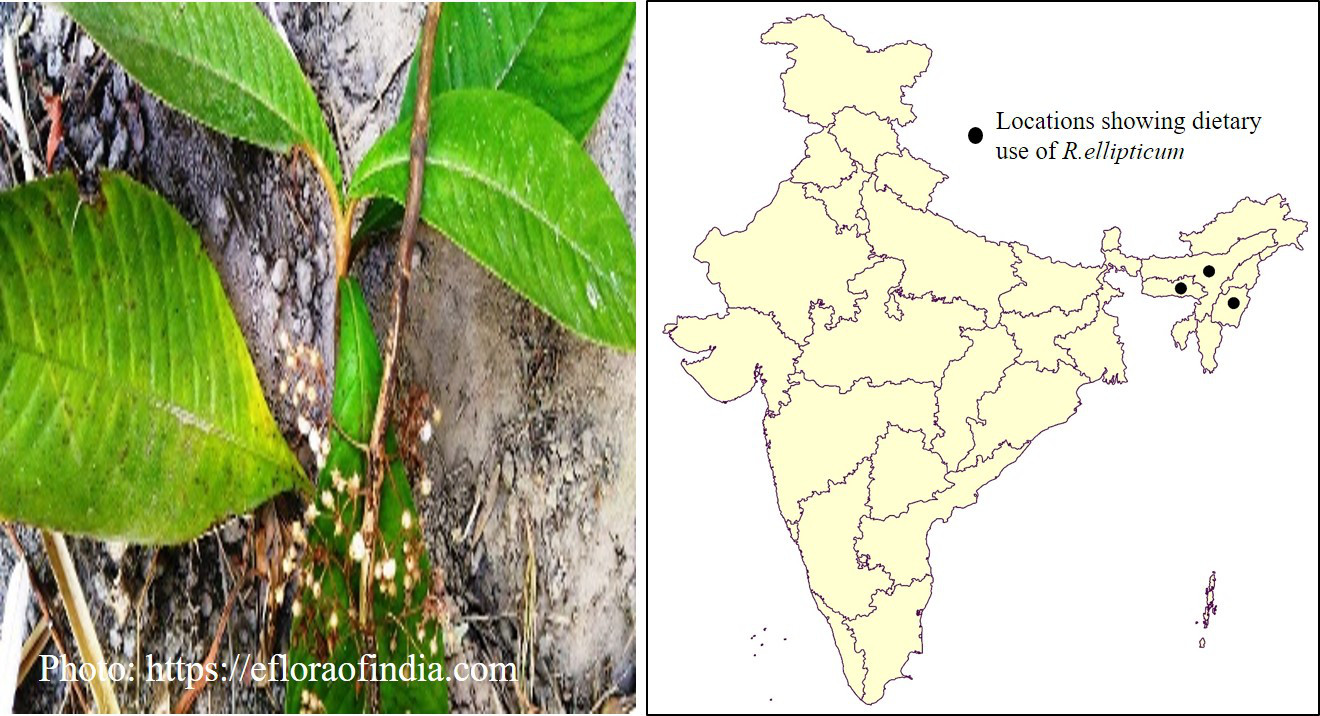 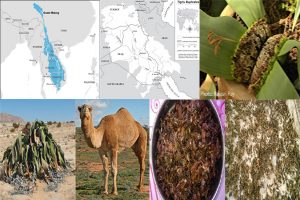