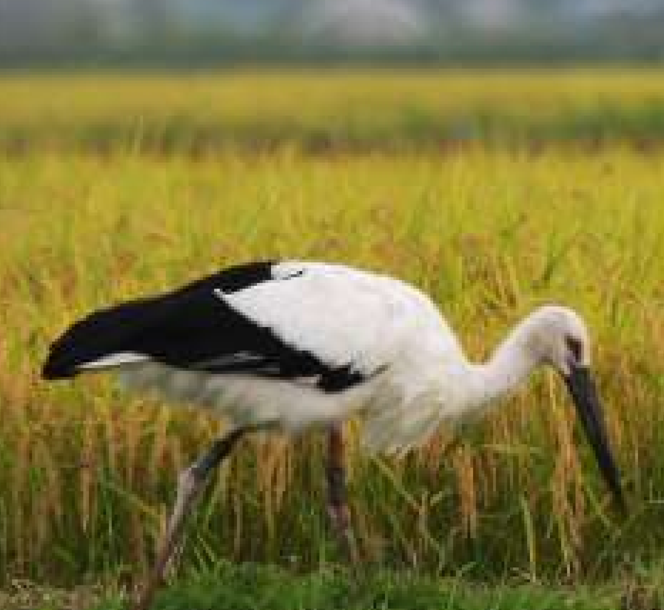 Have  you ever heard of an entire farming system has been changed to conserve an endangered bird?  Come to Japan, you hear about “Stork Natural Rice”, a special type of organic rice from Toyooka city, Tajima region. Here to support the conservation of once extinct oriental white stork, local inhabitants adopted organic rice farming practices in their agriculture field so that current stork population, which has been released from the captive breeding program, can get their food from their preferred habitat. A special type of rice farming known as “white-stork friendly farming method” was introduced to increase the number of organisms inhabiting the rice field and incentives have been declared for farmers who adopted the practice. The rice, known as “Stork rice” is devoid of agricultural chemicals, and considered as a premium product in the market. The initiative boosts organic farming awareness in the region, promotes premium product payment system and local ecotourism. 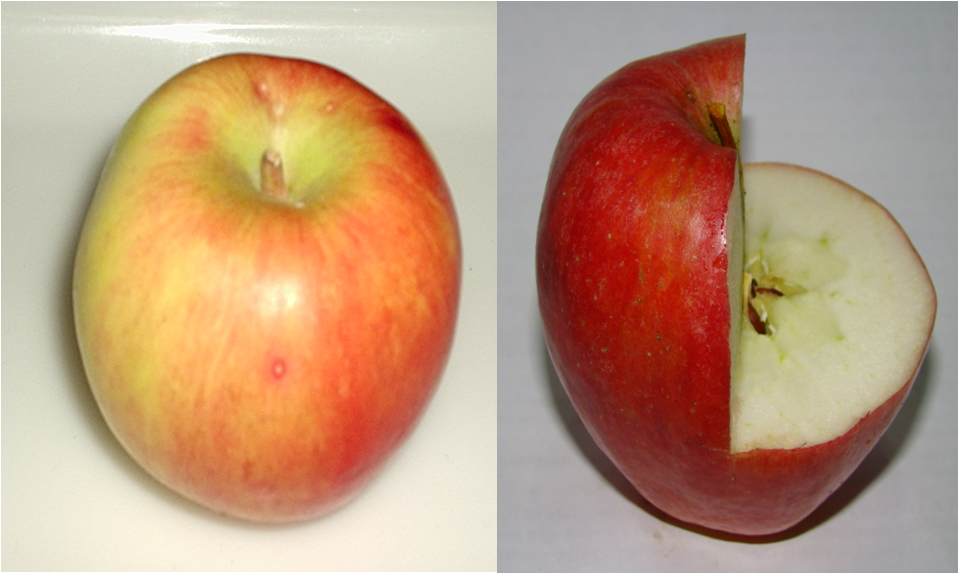 Indian market is flooded with apples imported from US, China, or New Zealand, or exotic varieties grown in different Indian states. However, Kashmir is the only proud state of being producer of its very own landrace of apple – commonly known as Ambri; though apple has a long tradition of cultivation in Kashmir since early history or even from late prehistoric time – so say researchers. This desi variety is a highly appreciated throughout the state and outside for its taste, aroma, and excellent preservation quality, locals say you can store for one year in Kashmir. The fruit is medium sized and oblong conical in shape, and distinctly flattened at the base, creamy green-whitish with red tinge. All of these make it easily distinguishable from other apple varieties commonly available in the market. So, next time when you wish to relish an apple – do sink in the unique taste and flavor of the Sher-e-Kashmir – Ambri. 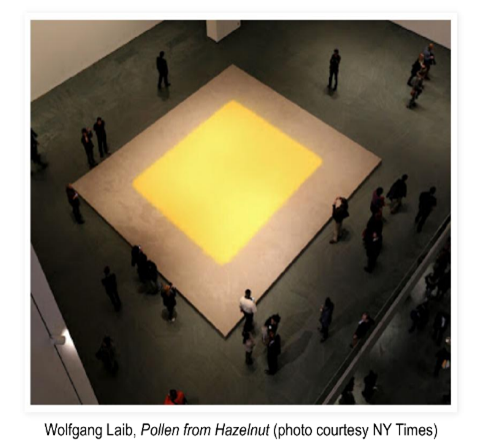 On any fine sunshine day, we see the hovering butterflies and bees around the flowers. While we pay our attention to the beauty of these small creatures, they are perhaps busiest of our natural neighbors silently engaged in “mission survival”. This “mission survival” is nothing but pollination i.e. transferring pollen grains (the powdery particles) from male to female flowers which ultimately leads to fruit production. And, we all know that fruits are predecessors of next generation.

Pollens are tiny, shiny, and hardly visible but it has multiple roles in nature and human life. It even captures artist’s imagination presenting the bright magnificent hue of the natural world. A beautiful example can be drawn from German artist Wolfgang Laib’s work “Pollen from Hazelnut” in 2013 at Museum of Modern Art, New York, USA. The work mimicked a vivid yellow natural pollen field on the museum floor created with handpicked Hazelnut (Corylus spp.) pollens by the artist himself. The work was apparently simple, a bright yellow rectangle over another rectangle, but sensing that this yellow field carrying millions of life bearing particles from our natural world make you stunned. There were criticisms too, like, wasting of vital natural components, emphasis on the medium of creation, myth related to the artist etc. but nothing can undermine the very essence of this work “The eternal life”. 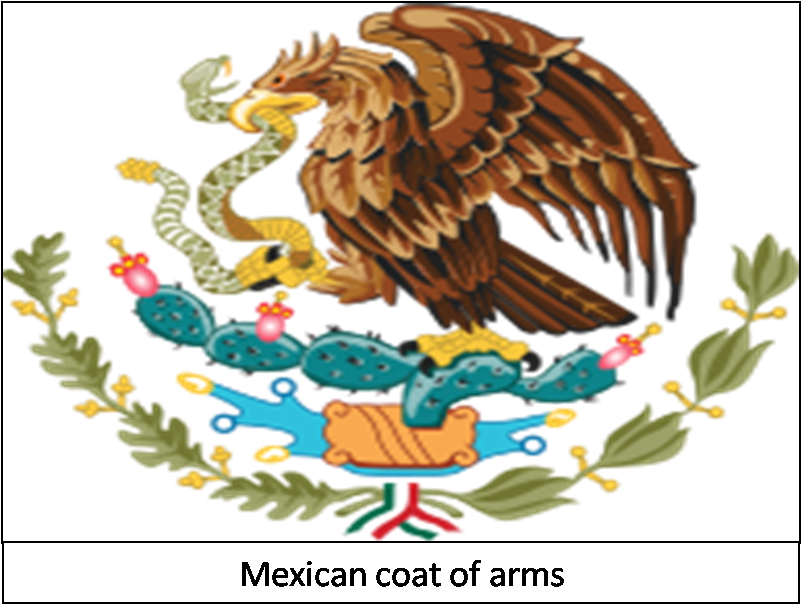 By naming Cactus, we all imagine a hard looking plant group with its not so glamourous members who are mostly struggling for life in arid region. But there are some who really raise our imagination beyond limit. Opuntia ficus-indica, commonly known as “prickly pear cactus” has interesting connection to the foundation of Mexico city (former Tenochtitlan), Cuban migration issues and agriculture.

According to Aztec myth, they were commanded by the Sun

god Huitzilopochtli to colonize on the land where they “would find

lake”. The place was found near Lake Texcoco, where they founded

their capital Tenochtitlan, present day Mexico City. The Current coat of arms of Mexico (i.e. national shield of Mexico) depicts the heavenly instruction in the form of a Mexican golden eagle sitting on a prickly pear cactus emerging from a stone submerged in a waterbody.

In Cuba, the same cactus had been used to form a 28 km long natural barrier surrounding the Guantanamo Bay Naval Base to prevent Cubans from escaping their country to take refuge in the United States. It was popularly called as “Cactus Curtain”.

This cactus is famous for it’s food value and as a host plant for Carmine dye producing insect (Dactylopius coccus). At present, it is the most agronomically important cactus crop globally because of its resilience to prolonged drought, high temperatures, and poor soil. 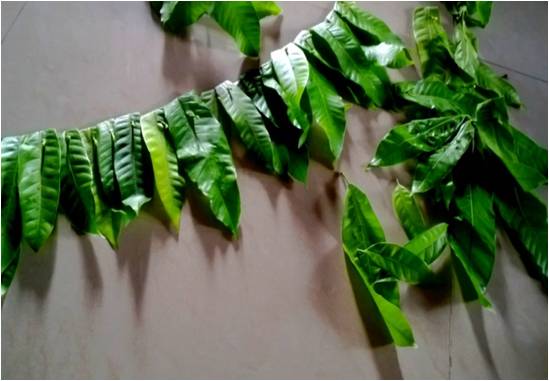 Natural touch of Ugadi – On the festival of Ugadi, (celebrated in Karnataka, Telengana and Andhra Pradesh in India) according to the Hindu calendar, the sun is vertically above the point of intersection between the equator and the meridians on this day. Thus, it heralds the commencement of spring or Vasant Ritu. The rabi crop has just been harvested and it is time for mangoes to flood the market. The neem (Azadirachta indica, Meliaceae) and Jaggery (multiple sources like, Saccharum officinarum, Poaceae, Phoenix sylvestris, Arecaceae) mixture that is eaten not only signifies the bitter and sweet moments to be experienced during the year but is also a form of precautionary medication for the summer. The occurrence of diseases like Chicken pox is prevented by taking neem (antiulcer, anti-malarial, antifungal, antibacterial, antiviral, antioxidant properties) which also acts as an anti-mutagen and anti-carcinogenic for the possible high risk exposure to UV rays. Jaggery provides iron content and reduces the body heat. Further, the Torana (mango leaves strung together with neem twigs at the ends) hung at every door in the house acts as a cooling agent and effective protection against bacterial infection.